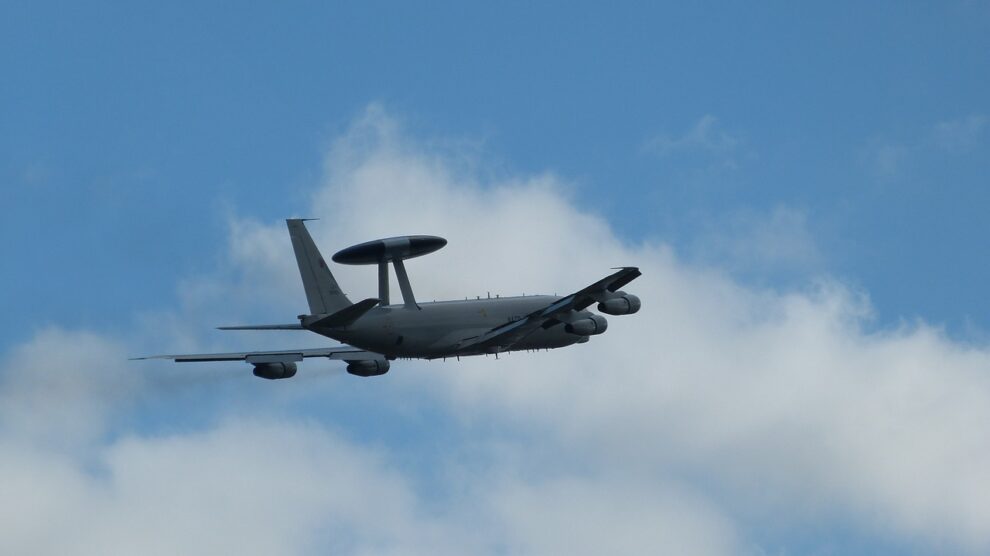 A Chinese fighter jet flew dangerously within 20 feet (six meters) of a much larger US air force surveillance aircraft over the South China Sea, the US military said Thursday.

In the December 21 incident, a Chinese Navy J-11 fighter pilot “performed an unsafe maneuver during an intercept of a US Air Force RC-135 aircraft,” the US Indo-Pacific Command said in a statement.

The Chinese pilot flew in front of and within 20 feet of the nose of the US aircraft, “forcing the RC-135 to take evasive maneuvers to avoid a collision,” it said.

The RC-135, “was lawfully conducting routine operations over the South China Sea in international airspace,” the US command said.

The incident came as China has sent increasingly large groups of warplanes out over the sea towards Taiwan in a show of force, as Beijing stiffens its claim of sovereignty over the US-backed, self-ruled island.

Last weekend, China flew 71 warplanes, including dozens of fighter jets, in military exercises around Taiwan, one of the largest such actions yet since Beijing started deploying military aircraft into Taiwan’s air defence identification zone.

The People’s Liberation Army said it had conducted a “strike drill” on Sunday in response to unspecified “provocations” and “collusion” between the United States and Taiwan.

According to an AFP database, there have been more than 1,700 such incursions so far this year, compared with 969 in 2021. Taiwan’s defence ministry said it recorded around 380 incursions in 2020.

The United States has provided Taiwan with substantial military aid and advanced technologies to defend itself from any possible Chinese invasion.

Washington has also angered Beijing by refusing to accept its disputed claims to numerous small islands across the South China Sea, islands which are in waters claimed by other Southeast Asian countries.