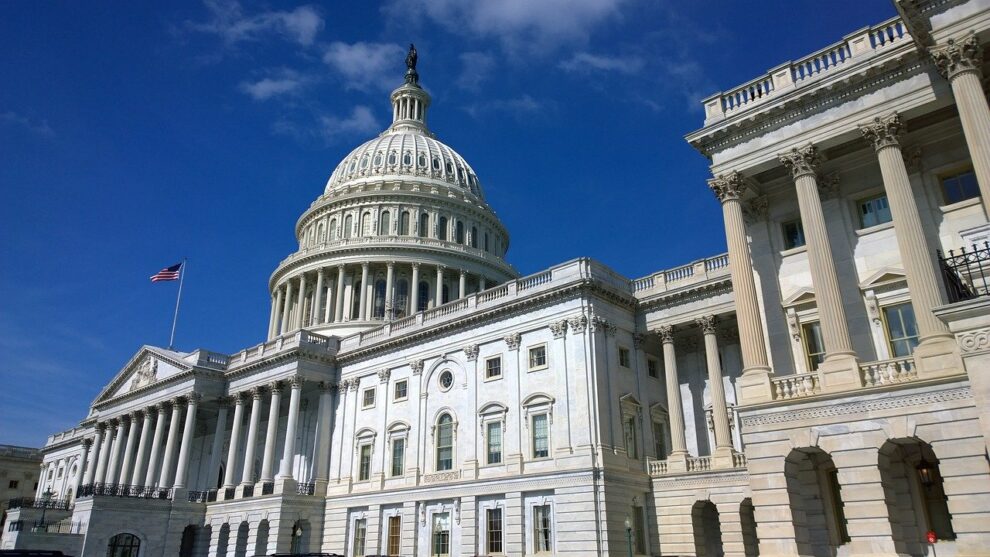 US senators approved a sweeping annual spending package Thursday that includes $45 billion in Ukraine aid and reforms to election law aimed at avoiding a repeat of last year’s assault on the Capitol.

The $1.7 trillion blueprint must now be rubber-stamped by the House of Representatives before Friday’s midnight deadline to keep the federal government open — although a damaging festive shutdown is not considered likely.

“The bill is so important to get done because it will be good for families, for veterans, our national security, even for the health of our democratic institutions,” Democratic leader Chuck Schumer said.

Lawmakers in the House hope to seal the deal — covering the financial year ending in September 2023 — before the end of the day, although wrangling over the fine print could keep them in Washington, with a massive winter storm threatening transport chaos bearing down on the capital.

Failure to get the bill to Biden’s desk would be awkward for the White House and Congress, days after war-torn Ukraine’s President Volodymyr Zelensky was warmly welcomed to Washington and urged Democrats and Republicans to pass the $45 billion in Ukraine aid proposed as part of the budget.

But it is not expected to get a bumpy ride in the lower chamber, where Democrats enjoy a slim majority for a few more days, until the Republican-led 118th Congress opens for business.

The giant bill pays for almost every aspect of the day-to-day management of the federal government, including enforcing laws, setting foreign policy, printing money and running the armed forces.

But it also features add-ons less obviously connected to funding, such as a reform tightening a poorly-written 19th century election law to make clear that vice presidents do not have the power to unilaterally overturn election results.

Defeated president Donald Trump exploited the loose wording of the text to argue that his deputy Mike Pence could halt the transfer of power after the 2020 election, amid bogus claims of voter fraud.

Pence rebuffed Trump’s entreaties and the billionaire Republican’s vilification of his vice president was the cornerstone of his speech that allegedly incited a mob to storm the US Capitol on January 6, 2021.

Trump, who has launched a run to regain the White House despite a cloud of criminal and civil investigations, released a statement describing the package as a “monstrosity… crammed with left-wing disasters, Washington betrayals, and special interest sellouts.”

House minority leader Kevin McCarthy has also been urging his party to vote against the package, arguing that his side will have more sway in negotiating the size and scope of federal spending when they wrest the lower chamber from the Democrats in January.

But he was largely ignored by Senate Republican leaders and much of the rank and file, as the spending bill passed by 68 votes to 29.

There was late drama Wednesday, with the entire package looking likely to fall apart as Democrats and Republicans clashed over an expiring Trump-era border policy to curb immigration that conservatives want to retain.

But hours of fraught negotiations behind the scenes eventually cleared the way for Thursday’s vote.

“We have a difference of opinion on immigration policy. We’re not going to solve that in this budget,” Democratic senator Chris Murphy told reporters late Wednesday.

“And to let that disagreement take down aid to Ukraine to keep people alive during a cold winter… is pretty unthinkable.”