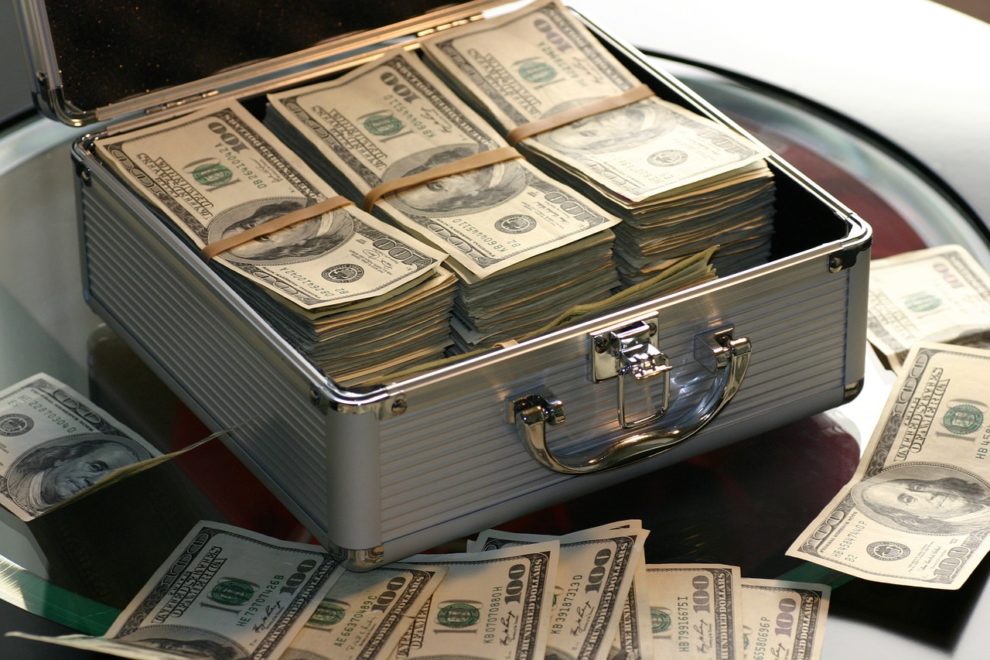 Americans paid more for gasoline, food and other essentials last month amid an ongoing wave of record inflation made worse by Russia’s invasion of Ukraine, according to government data released Tuesday.

The consumer price index (CPI) climbed 8.5 percent over the 12 months to March, the biggest jump since December 1981, which adds pressure to President Joe Biden’s administration even as it looks for more ways to punish Moscow for the attack on its neighbor.

Prices have surged across the world’s largest economy as it tries to recover from the Covid-19 pandemic, dragging Biden’s approval ratings lower, though the Labor Department’s March data contained signs the spike may be leveling off.

“The Russia-Ukraine war has added further fuel to the blazing rate of inflation via higher energy, food, and commodity prices that are turbo charged by a worsening in supply chain problems,” Kathy Bostjancic of Oxford Economics said.

Compared to February, prices rose 1.2 percent, in line with analysts’ forecasts, but if there were signs of deceleration to be found, they were in the lower-than-expected 0.3 percent rise in “core” prices, which exclude volatile food and energy sectors.

The potency of the ongoing price jumps bolstered the case that the Federal Reserve will take aggressive action at its policy meeting next month, likely raising the key lending rate by half a percentage point as opposed to the quarter-point increase last month.

“With labor shortages pressuring firms to raise wages, we are in the midst of a wage-price inflation cycle that will require extreme action on the part of the Fed to rid the economy of the spreading inflation threat,” economist Joel Naroff said.

While the US economy has bounced back strongly from the mass layoffs that marked the early weeks of the pandemic, inflation has bedeviled the recovery since last year, as businesses struggled to find enough workers and supplies, the Fed kept interest rates low, and Congress approved stimulus measures that drove up demand among American consumers.

Biden’s public support has dropped as prices have increased, leaving the White House scrambling to offer relief, including by releasing strategic oil supplies to lower prices at the pump and waiving a prohibition on selling a lower-price gasoline blend during the summer months, a measure announced just before the data was released on Tuesday.

But the most potent actor in Washington against inflation is the Fed.

Though rate hikes are expected to lower prices in the months to come, central bank Governor Lael Brainard said Tuesday that the fallout from the war in Ukraine “probably skews risks to the upside in inflation”

And a new pandemic lockdown in China “has the potential to lengthen out some of those constraints that we’ve seen in supply chains,” Brainard said in a discussion after the data was released.

Gasoline prices rose 18.3 percent last month, accounting for half the overall increase in CPI, while prices for shelter, the category including rents, rose 0.5 percent.

Food prices rose one percent overall, while prices for groceries were up 1.5 percent in the month, and 10 percent over the past year — the largest such increase since March 1981, according to the data.

However, prices for used cars, which were one of the first items to surge last year, declined 3.8 percent last month, pushing core CPI lower. New car prices rose only 0.2 percent after seeing monthly gains of more than one percent in the latter months of 2021.

Dan Alpert of Westwood Capital tweeted that the data showed signs of deflation “in those things that went bonkers during 2020: transportation, electronics, recreation and leisure. Supply chains are reopened for the most part and demand is becoming sated.”

But considering how high prices have risen for other categories, Naroff said some on the Fed’s policy setting committee may advocate for an even more forceful 0.75 point rate increase next month — and even that would not necessarily bring prices down quickly.

“The ability of any Fed to sharply raise rates to slow extremely high inflation, while not driving the economy into a recession, is limited, especially given factors such as war that are out of its control,” he said in a note.

“We are talking about art here, not science, and there is little history of this Fed painting pretty pictures.”