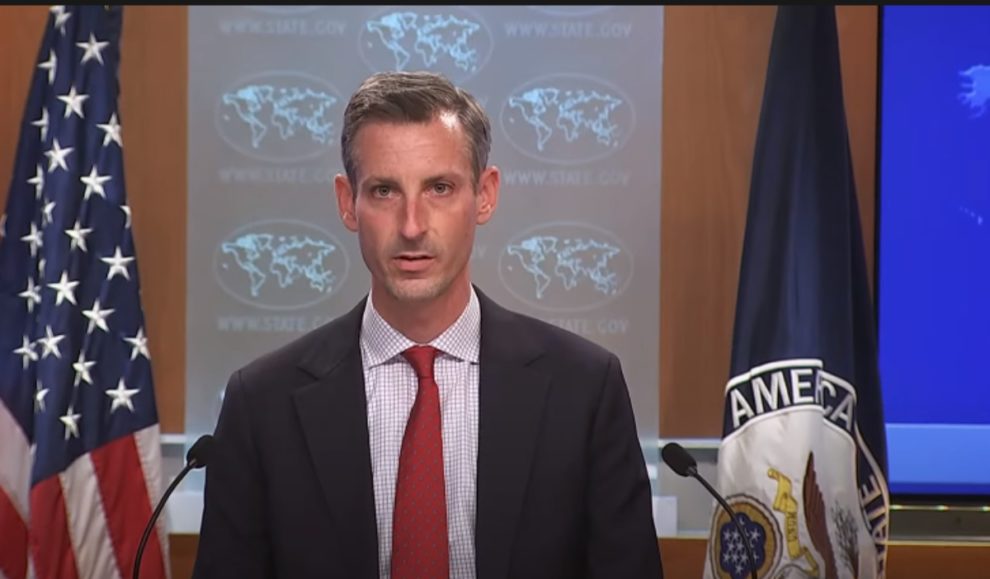 According to US State Department spokesperson Ned Price, Russia’s sale of the S-400 Triumf missile defence system to India is a “destabilising role.”

When asked how the missile purchase would affect Washington’s relations with India in light of the tensions between the US and Russia over Ukraine during his briefing on Thursday, he said, “I don’t know.”

Price said: “I think it shines a spotlight on the destabilising role that Russia is playing not only in the region, but potentially beyond as well.

“In many ways this (India buying S-400) doesn’t change the concerns that we have with the S-400 system.”

“Whether it is India, whether it is any other country, we continue to urge all countries to avoid major new transactions for Russian weapon systems.”

Price did not elaborate on how the S-400 sale was “destabilising.”

However, India’s purchase of the less expensive S-400 system and Navy frigates, as well as its signing of an agreement last month with Russian weapons company Kalashnikov to manufacture its AK-203 rifles in India, have strained New Delhi-Washington relations, raising national security concerns for the US in their drive to achieve equipment interoperability as they forge closer military ties.

Price also stated that the United States has not decided whether to sanction India under the Countering America’s Adversaries Through Sanctions Act (CAATSA), which requires sanctions against countries that purchase Russian defence equipment.

“When it comes to CAATSA sanctions, you’ve heard me say before we haven’t made a determination with regard to this transaction, but it’s something we continue to discuss with the government of India, given the risk of sanctions for this particular transaction,” he said.

Because of the growing ties with New Delhi as a counterpoise to China in Asia and elsewhere, India’s purchase of the S-400 system presents a quandary for the US.

Earlier this month, James O’Brien, the nominee for Coordinator for Sanctions Policy, stated that when considering sanctions against India, “there are important geostrategic considerations, particularly with the relationship to China” and “so, I think, we have to look at what the balance is”.

Republican Senator Todd Young, who had questioned O’Brien about CAATSA sanctions during his confirmation hearings, put it succinctly:”India is vital ally in our competition against China, and that’s why I believe we should resist taking any actions that might drive them away from us and the Quad. I’m therefore strongly supportive of waiving CAATSA sanctions against India, given our shared foreign policy interests.”

The Quad is a grouping of India, the United States, Australia, and Japan that is banding together in the Indo-Pacific region in response to China’s increasingly aggressive actions.

As tensions between Russia and the United States and their allies rise, Washington has reached out to India to discuss the situation in Ukraine.

He also stated that they”agreed to remain closely coordinated on shared goals and priorities”.