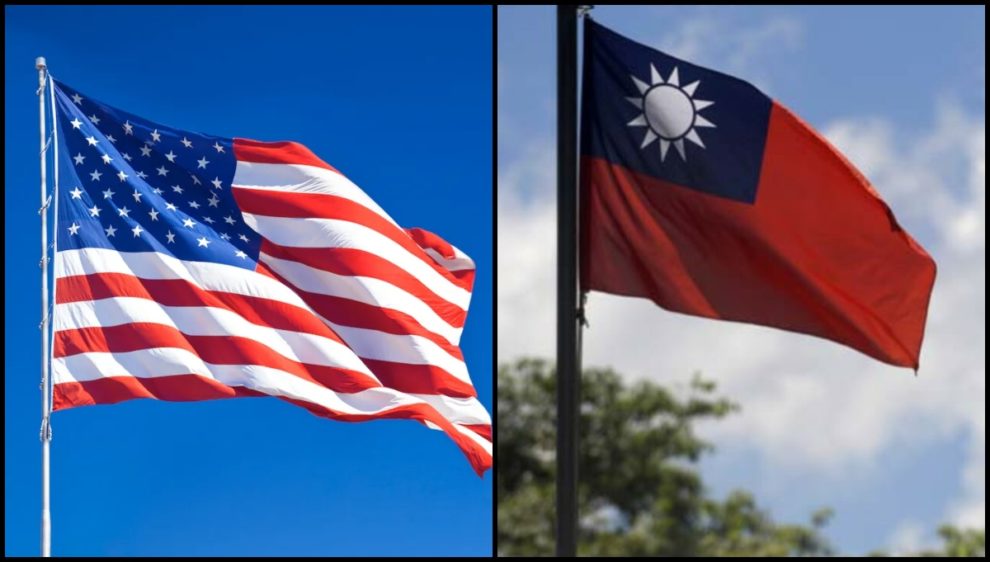 Taiwan and the United States announced plans on Thursday for trade talks in the early autumn as a senior US diplomat warned Beijing will continue to squeeze the self-ruled democracy it claims as its own.

Tensions in the Taiwan Strait have soared to their highest in years after US House Speaker Nancy Pelosi visited Taipei, sparking a furious response from Beijing which launched its largest military drills around the island.

The negotiations would cover a variety of areas, including agriculture, digital trade, regulatory practices and removing trade barriers, the Office of the US Trade Representative said in a statement.

Taiwan hailed the announcement of the talks, dubbed the US-Taiwan Initiative on 21st-Century Trade, as a chance to deepen ties with Washington and other nations as it seeks greater recognition from the international community.

“We welcome this opportunity to deepen economic collaboration between our 2 freedom-loving countries while shaping a new model for trade cooperation in the Indo-Pacific,” Taiwan’s foreign ministry said in a tweet.

Taipei’s representative in Washington, Hsiao Bi-Khim, wrote: “We welcome this announcement, and Taiwan’s ready to start!”

The United States and Taiwan share a longstanding trade and investment relationship. Taiwan is also a crucial global supplier of some of the most advanced semiconductors used in everything from mobile phones and laptops to cars and missiles.

#photo1
China views Taiwan as its own territory to be seized one day, by force if necessary, and bristles at any perceived treatment of it as a sovereign nation state.

Washington diplomatically recognises Beijing over Taipei, but it maintains de facto relations with Taiwan and supports the island’s right to decide its future.

The United States has said its position on Taiwan remains unchanged and has accused China of threatening peace in the Taiwan Strait and using the visit by Pelosi as a pretext for military exercises.

Its top envoy in East Asia on Thursday said Beijing will likely ramp up pressure on Taiwan in the coming months after the drills.

“While our policy has not changed, what has changed is Beijing’s growing coercion,” Daniel Kritenbrink, assistant secretary of state for East Asian and Pacific affairs, told reporters on a teleconference call.

“These actions are part of an intensified pressure campaign… to intimidate and coerce Taiwan and undermine its resilience,” he said.

The envoy said Washington would respond to China’s aggression with “calm, but resolute steps” to keep the Taiwan Strait open and peaceful.

His comments come after a top US naval commander said this week that Washington and its allies must contest China’s ballistic missile fire over Taiwan, which he called a “gorilla in the room”.

China’s exercises included firing multiple ballistic missiles into waters off Taiwan — some of the world’s busiest shipping routes — which was the first time China has taken such a step since the mid-1990s.

Taiwan has staged its own drills simulating a defence against invasion and on Wednesday displayed its most advanced fighter jet in a rare nighttime demonstration in the wake of China’s moves around the island.

“In the face of the threat from Chinese communist forces’ recent military exercises, we have stayed vigilant while establishing the concept of ‘battlefields everywhere and training anytime’… to ensure national security,” Taiwan’s air force said in a statement.