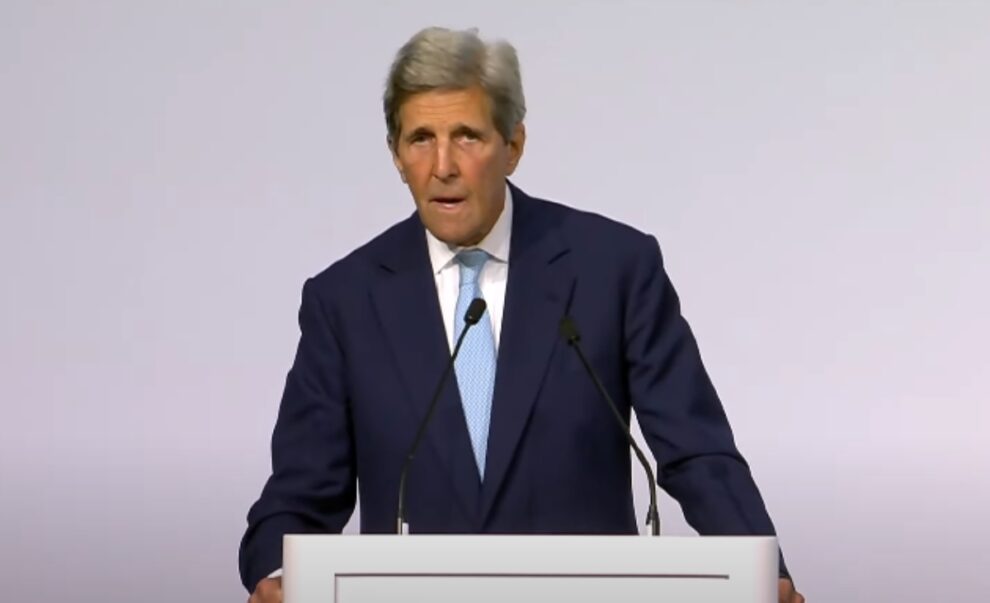 Speaking at the UN’s COP27 summit in Egypt, Kerry said 20 countries have yet to count methane as part of their pledges to cut emissions in global efforts to limit warming to 1.5 degrees Celsius.

“In those 20 states are China and India, and that’s a massive amount of methane,” he said at the event on protecting the oceans.

While he acknowledged that island nations account for a tiny proportion of methane emissions, he said they could make a “huge difference” by joining the effort.

“If the rest of the world joins in and makes it clear this is what we have to do, that will, I hope, encourage those other states … to join in the counting of methane” in their emissions plans, Kerry said.

“So I hope Cook Islands, Kiribati, Marshall Islands, Nauru, PNG (Papua New Guinea) and Solomon Islands could really help set the expectations. You could be the final push for getting every country in the world to stand up and count it.”

Methane is the second biggest contributor to global warming after carbon dioxide.

It is generated by the production, transport and use of fossil fuels, but also from the decay of organic matter in wetlands and elsewhere, and as a byproduct of ruminant digestion in agriculture.

Beijing and Washington jointly declared last year at the COP26 in Glasgow, Scotland that they would work together to control methane emissions.

While the United States has already laid out plans to cut its methane emissions to 30 percent below 2020 levels by the end of the decade, China has not yet announced its own roadmap.