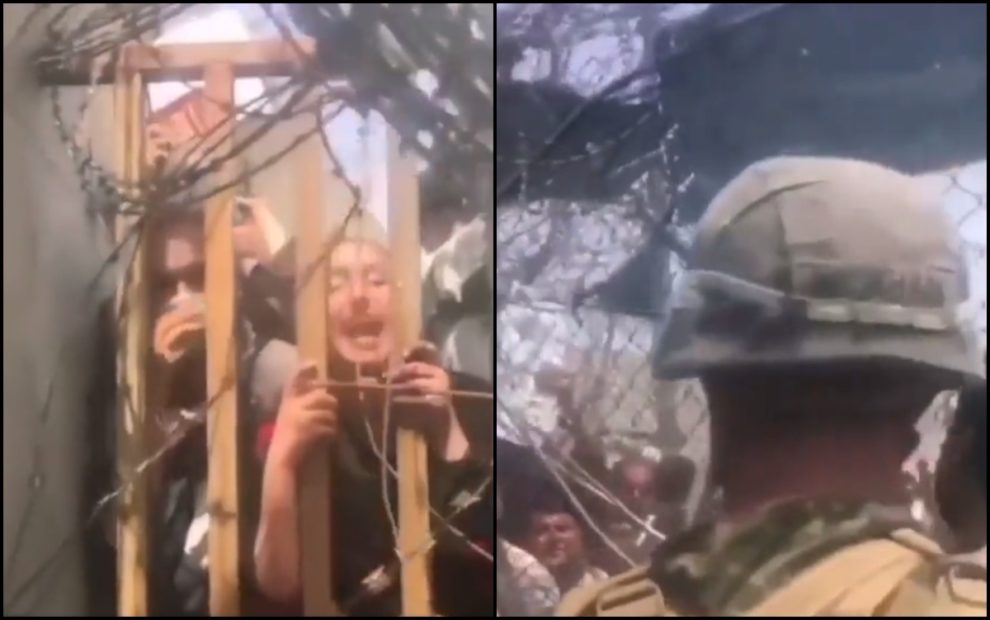 Videos shared over social media on Wednesday show dramatic scenes from Afghanistan. One video shows an Afghan girl and other women at Kabul airport begging American soldiers to save them from Taliban.

As US soldiers are flanked by a crowd of desperate people trying to flee the Taliban regime, a crying Afghan woman is filmed begging for help through a fence while shouting “Taliban are coming.”

Videos circulating on social media show chaotic scenes at Kabul airport as US troops continue to evacuate people following the Taliban’s takeover of the Afghanistan.

Afghan women begging for help from US soldiers “The Taliban is coming!” pic.twitter.com/r25q8mMbIX

Video above shows a young girl sobs as she reaches her hands through a razor-wire fence to the American soldiers on the other side.

Another footage, shared over social media, show hundreds of people pushing towards soldiers while holding papers.

The videos are thought to have been shot at Kabul’s Hamid Karzai airport, where additional US troops were sent to help secure the area and thousands of Afghans stormed the tarmac to protect the Americans and US military. Even after attempting to board the planes, they attempted to evacuate.

Taliban are all around the Kabul airport. Interpreter with a visa told me he can't get to the terminal. pic.twitter.com/uN4EkBd25n

According to sources in Kabul, the Taliban is checking documents and forcing some people to turn around at checkpoints, refusing to let them reach the airport, The Guardian reports.

However, according to the US, the Taliban has agreed to provide “safe passage” for people wishing to travel to the airport.

People are so desperate to escape the #Taliban that they’re passing babies and kids forward to the gate at #Kabul airport. #kabulairport #AfghanEvac pic.twitter.com/6NSlIffrD1

Deadly US mass shootings in 2022