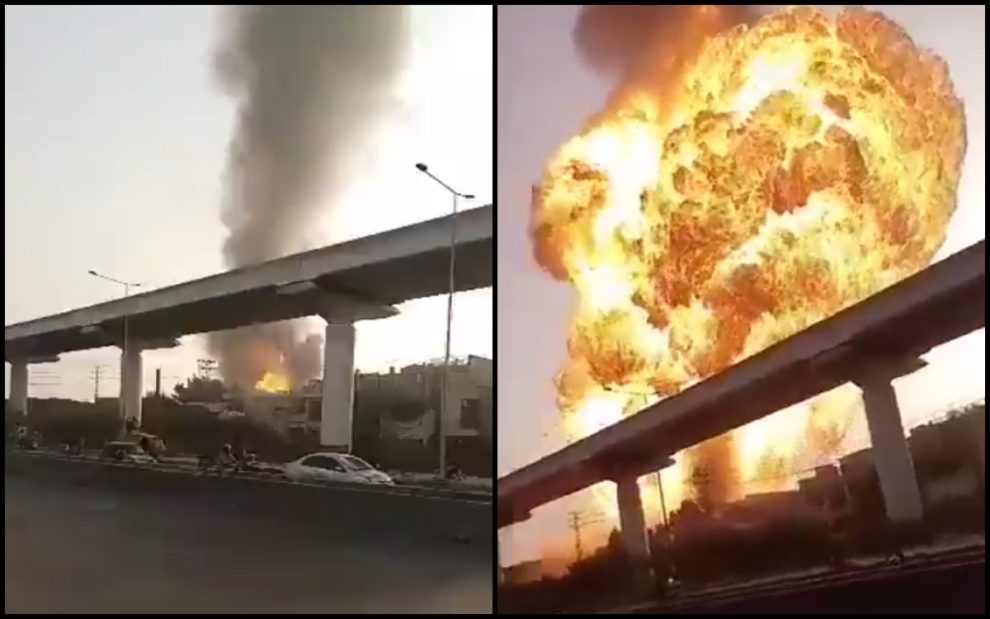 LAHORE, PAKISTAN – On Thursday, at least two workers were killed when a boiler at a beverage manufacturing plant on Lahore’s Multan Road exploded.

According to reports, the Benz Juice factory building in Lahore was engulfed in flames after its boiler exploded. Because of the intensity of the blast, the factory and nearby buildings were severely damaged.

The building’s mirrors were also shattered. After receiving the information, as many as seven fire tenders arrived on the scene and put out the fire.

According to the rescue authorities, two people died, including a passerby and a factory employee.

One security guard at factory was burned. He was taken to the hospital in an ambulance. The cooling process is currently underway.

VIDEO OF BOILER EXPLOSION AT BENZ JUICE FACTORY IN LAHORE