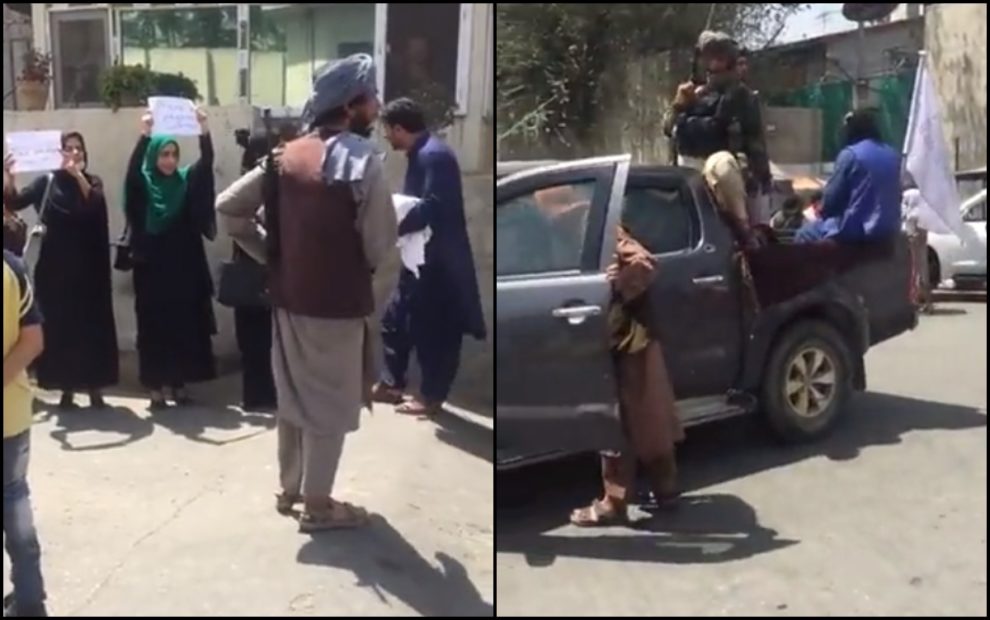 Afghan women on Tuesday hold protest in Kabul’s Wazir Akbar Khan neighbourhood, calling for greater representation of women in politics, governance, and the economy. The protest was not disrupted by the Taliban.

“These courageous women took to the streets of Kabul to protest the Taliban. They make it easier to demand their rights, such as the right to work, the right to an education, and the right to political participation. The freedom to live in a secure society. I hope that more women and men will join them.” wrote Iranian journalist Masih Alinejad.

Today few Afghan women protested in the Wazir Akbar Khan area of Kabul city, calling for better representation of women in politics, governance, and the economy. No Taliban interference was reported with the protest. DM me if someone has any new update. #Afghanistan pic.twitter.com/VnX5YCwofT

In 1996, the Taliban took control of Afghanistan, imposing harsh conditions and rules based on their strict interpretation of Islamic law.

Women were required to cover themselves and leave the house only in the company of a male relative under their rule. In addition, the Taliban prohibited girls from attending school and women from working outside the home. They were also denied the right to vote.

Women were subjected to harsh punishments for breaking these rules, including being beaten and flogged, as well as being stoned to death if found guilty of adultery. Afghanistan had the world’s highest maternal mortality rate.

With the Taliban’s fall in 2001, the situation for women and girls vastly improved, though these gains were only partial and fragile.

Women now serve as ambassadors, ministers, governors, and members of police and security forces. The new government ratified the Convention on the Elimination of All Forms of Discrimination Against Women in 2003, requiring states to incorporate gender equality into domestic law.

According to the Afghan Constitution of 2004, “citizens of Afghanistan, man and woman, have equal rights and duties before the law.” Meanwhile, a law was passed in 2009 to protect women from forced and underage marriages, as well as violence.

Human Rights Watch reports that the law has resulted in an increase in the reporting, investigation, and, to a lesser extent, conviction of violent crimes against women and girls.

While the country has progressed from almost no girls in school to tens of thousands at university, it has been slow and unstable. UNICEF reports of the 3.7 million Afghan children out of school some 60% are girls.