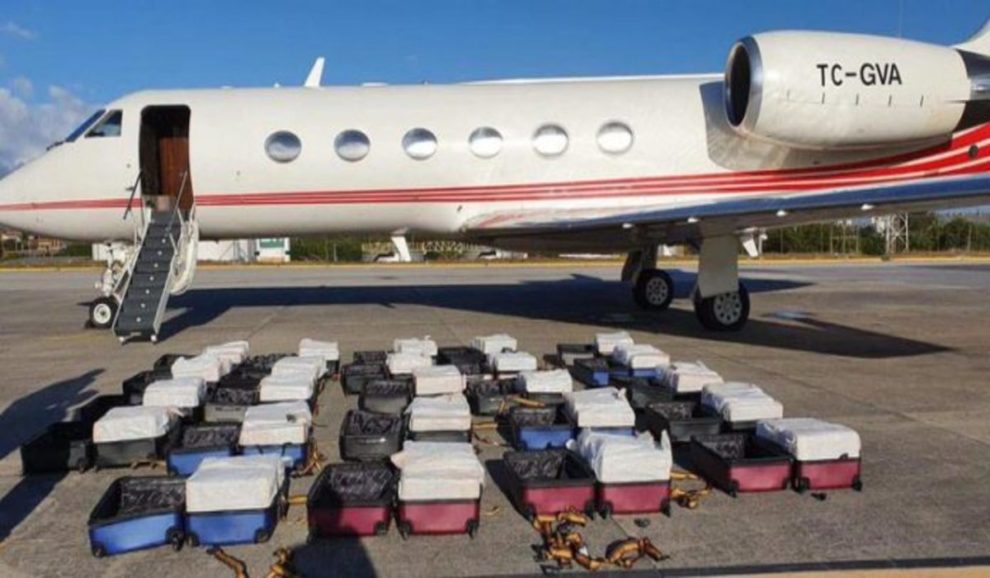 Brazil’s police seized 1.3 tons of cocaine on a private jet belonging to the Turkish company ACM Air at Pinto Martins – Fortaleza International Airport after a tip-off. The Spanish passenger and the Turkish crew on the plane were detained for questioning.

The TC-GVA registered Gulfstream 4 type aircraft that was destined for Brussels, Belgium was carrying a Spanish passenger named Gonzalez Valdes. According to the local Brazilian press, approximately 24 suitcases in the trunk of the plane were lined up on the apron one by one after the police operation.

Brazilian police video recorded the operation second by second. In the footage, it is visible that one of the suitcases was opened in front of the Spanish passenger Gonzalez Valdes in the aircraft’s cabin.

It is reported that the aircraft belonged to the “ACM Air” company within (Affan) ACM Holding, owned by Şeyhmuz Özkan.

ACM Air, however issued a statement that it has no connections with Spanish passenger traveling on TC-GVA aircraft.