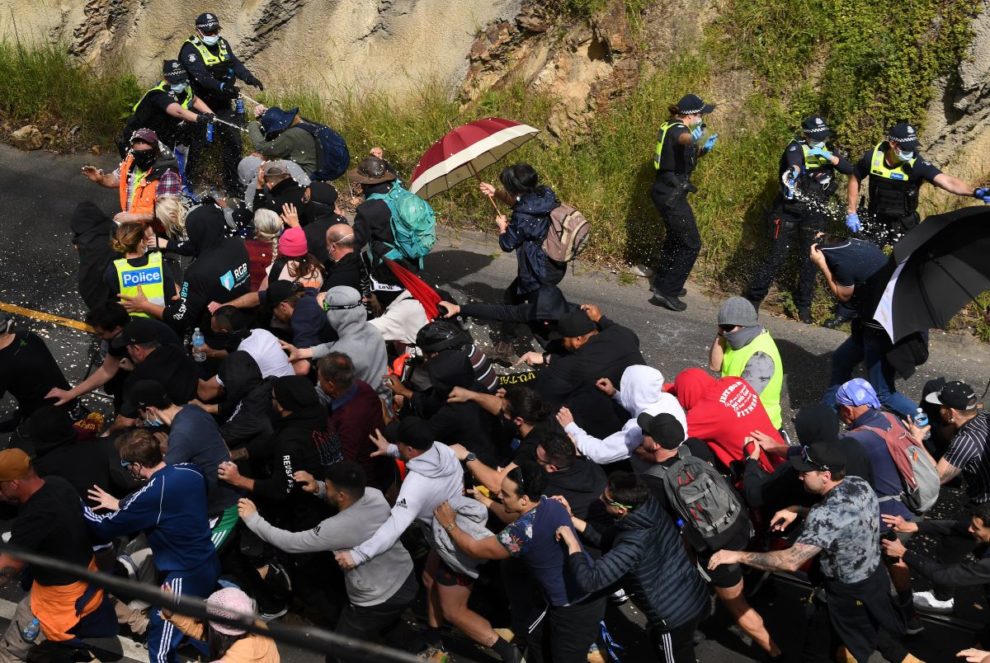 Capsicum spray was used by police to subdue protesters at an anti-lockdown rally in Melbourne, which resulted in several arrests.

After the protest location was changed at the last minute to avoid authorities, approximately 1000 demonstrators gathered in Richmond to protest the city’s COVID restrictions.

The march started out peacefully, but quickly became out of control.

There were minor scuffles as well as a violent clash involving a small group of protesters.

Protesters marched down Richmond until they came face to face with a wall of police officers, at which point they sat down and chanted, “You serve us.”

After one of the protesters jabbed an officer with an umbrella, police used spray.

The march then proceeded down the same street until protesters were once again cut off by police officers.

More than 2000 police officers gathered in the CBD this morning in an attempt to halt the planned protests. as per 9 News.