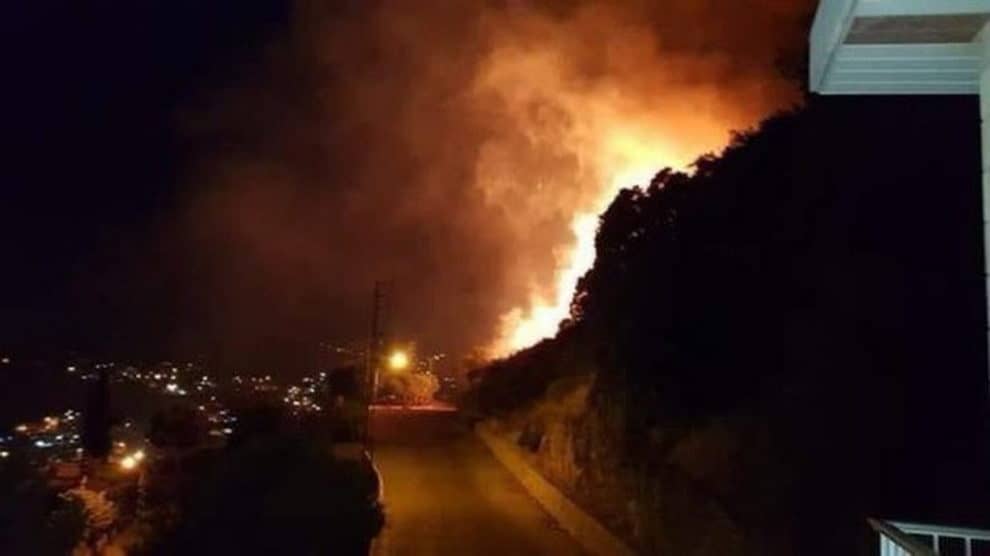 A massive fire broke out in Beqaa valley near Mashghara, Lebanon. The fire was getting close to homes in the area, and no civil defense or firefighters were on the scene. The Lebanese army then arrived at the scene of the massive fire and started working on putting out and containing it.

Breaking: Massive fire in the Beqaa valley in #Machgharah, #Lebanon. The fire is nearing homes in the area with no civil defense agencies or firefighters on site.#Beqaavalley pic.twitter.com/duOWh1Sw5r

Twitter users report that the fire is massive and is about to enter the neighborhoods in Mashghara. The Beqaa valley fire is growing in size and getting closer and closer to homes in the area. The fire started in the forest just outside the town. It’s too early to say how many homes will be lost due to the blaze. At this time, no injuries have been reported.

Winds are causing the fire to spread rapidly, and containment efforts appear to be moving slowly. Twitter users are sharing videos of the fire on Mashghara mountain. They’re asking for support before the blaze reaches the houses in Mashghara, Lebanon.

Residents of the town are now appealing for help from anyone who is in the area to battle the blaze.

UPDATE: According to local sources, the fire is under control now.