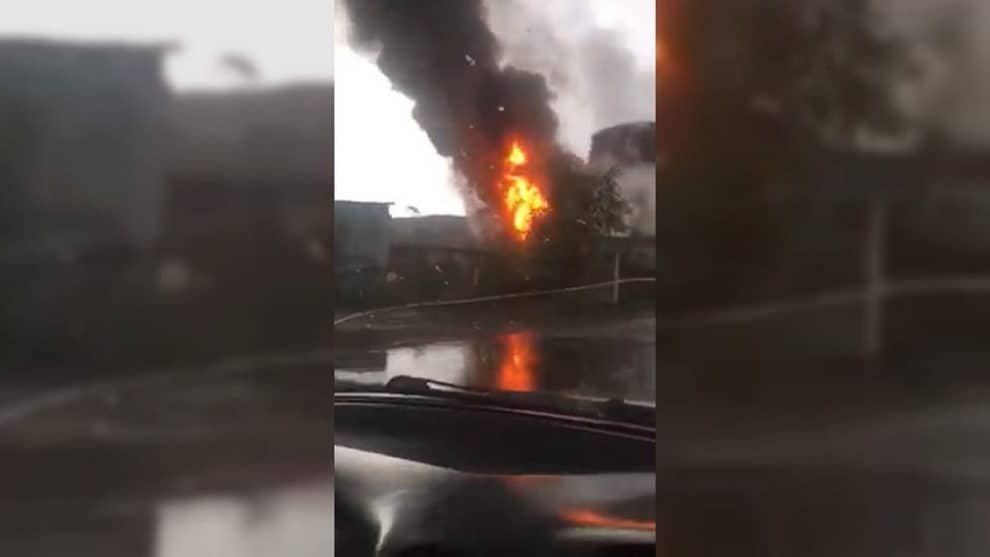 Multiple videos show a major fire has broken out at a Thermal Power Plant in Achinsk, Russia. The plant which caught fire belongs to Rusal, the second-largest aluminium company in the world.

The video of the huge fire was recorded and posted on social media by the locals from the area.

The emergency service from the area reported that the fire started inside one of the cooling towers in the plant. According to reports, It took 19 firefighters and five trucks to successfully extinguish it. There are no reports of injuries.

Video of a massive fire at a thermal power plant in Achinsk, Russia