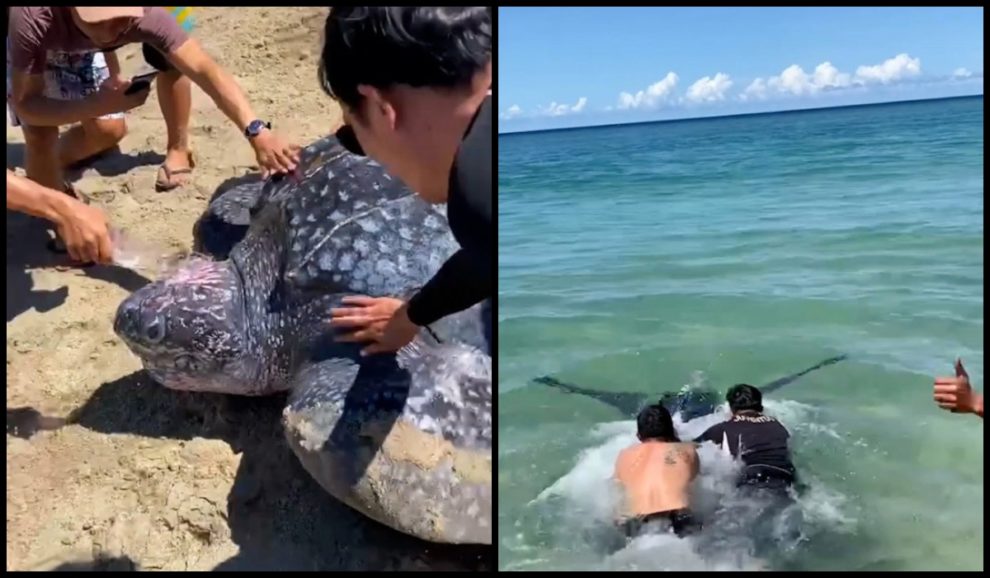 A viral video from Indonesia, posted on social media, shows a group of Indonesians rescued a giant leatherback sea turtle. The group helped the turtle to go back to the sea water after it was reportedly stuck in swamp for two days.

“The turtle is thought to have laid its eggs on the beach. It then got trapped in the swamp”

The animal slowly crawls to the sea with the assistance of locals and nature lovers. Jendry Rendy Tentero, the video-maker, stated that they discovered the turtle while camping on the beach to celebrate his friend’s birthday.

The sea turtle was not injured and the incident was reported to local wildlife officers.

The group of people at the beach recorded the video at Oping Beach in Tumpaan village, Minahasa Regency in Indonesia.

Turtle was stuck in the swamp for two days

They tried to free the turtle as soon as they saw it was trapped in the swamp. They believe the animal had been trapped there for two nights.

One member of the group that rescued the giant sea turtle said, “The turtle is thought to have laid its eggs on the beach. It then got trapped in the swamp.”

Indonesians helping a giant leatherback sea turtle return to the sea after being stuck in a swamp for two days. 🐢 pic.twitter.com/Tl7r4Aqnr9