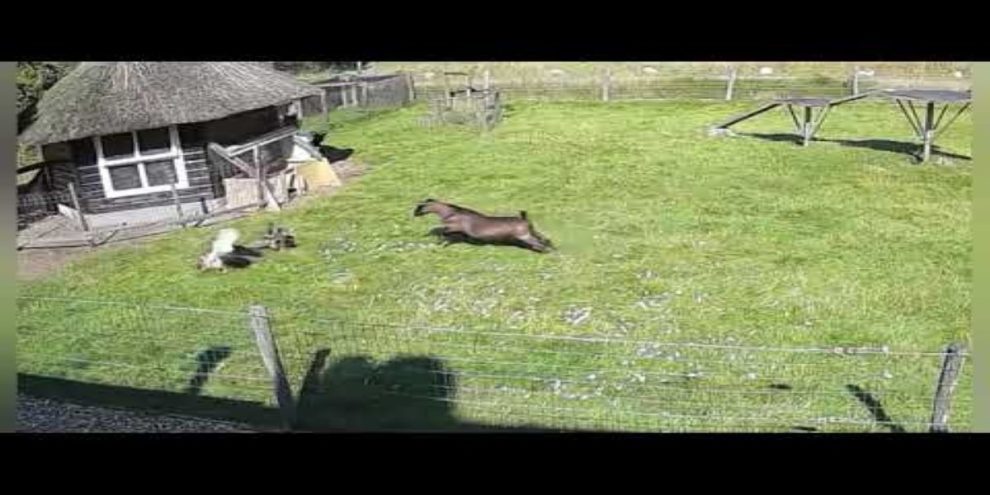 A dramatic video from the Netherlands shows a heroic goat and fearless rooster saving a hen from certain death after it was attacked by a hawk.

A goshawk is seen dive-bombing a chicken in a paddock in incredible footage captured on CCTV video on a farm in Gelderland last week.

As the hen attempts to flee, feathers begin to fly, but the hawk’s razor-sharp talons refuse to let go.

Almost immediately, a fearless rooster marches over to assist the hen from the attack of the hawk.

In an attempt to save the struggling hen, a goat rushes over and rams the hawk with its head.

The incident, which reportedly occurred on September 5th, was over in 17 seconds and left the chicken with only minor injuries.

Beets, who witnessed the footage, told that he was “proud of the rooster and goat” and “relieved that the chicken survived.”

Surprisingly, Beets has revealed that this isn’t the first time something similar has occurred on his farm. Other goats and even turkeys appear to have jumped to the defence of chickens when they were attacked by birds.