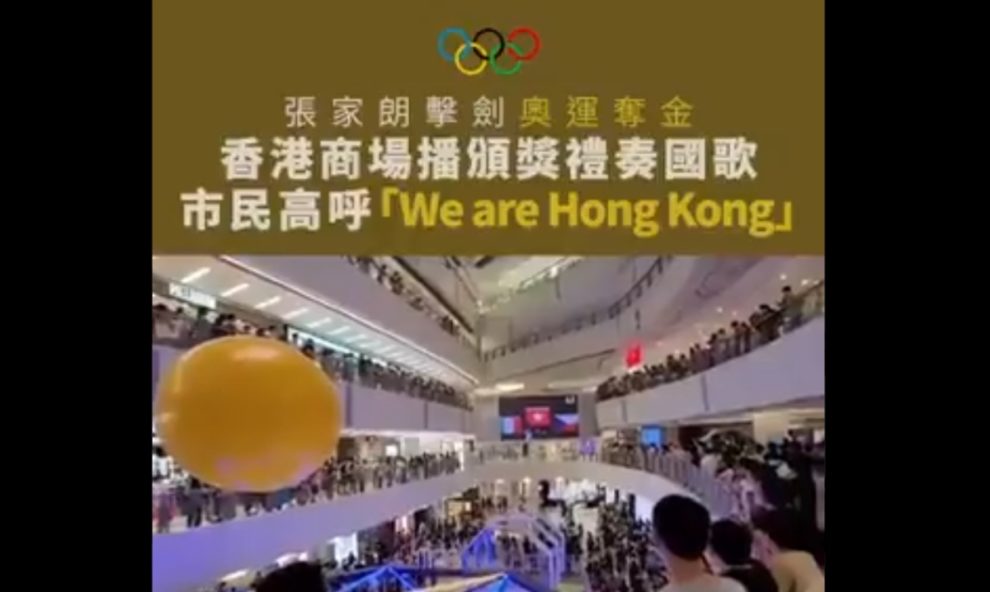 Hong Kong police are looking into an incident in which a crowd watching the Olympics booed China’s national anthem, BBC reported

On Monday, hundreds of people gathered in a shopping mall to watch a live broadcast and cheer on Hong Kong fencer Edgar Cheung, who won gold in the men’s individual foil.

At the APM shopping mall in Kwun Tong, HK, Hundreds of people booed during the award ceremony when Chinese national anthem was played.

They changed to shouting "We are Hong Kong" and clapping their hands pic.twitter.com/Y0rYxtd0bY

When the Chinese national anthem was played, some in the audience began jeering, while others shouted “We are Hong Kong,” according to video taken at the scene.

According to a recently enacted law, insulting the national anthem is illegal.

UPDATE: The Wall Street Journal reports, police in Hong Kong arrested a 40-year-old man on suspicion of insulting the Chinese national anthem after videos of people waving a colonial Hong Kong flag and booing when the song was played during an Olympics ceremony circulated online.

Fresh clashes in south China as authorities warn of ‘crackdown’