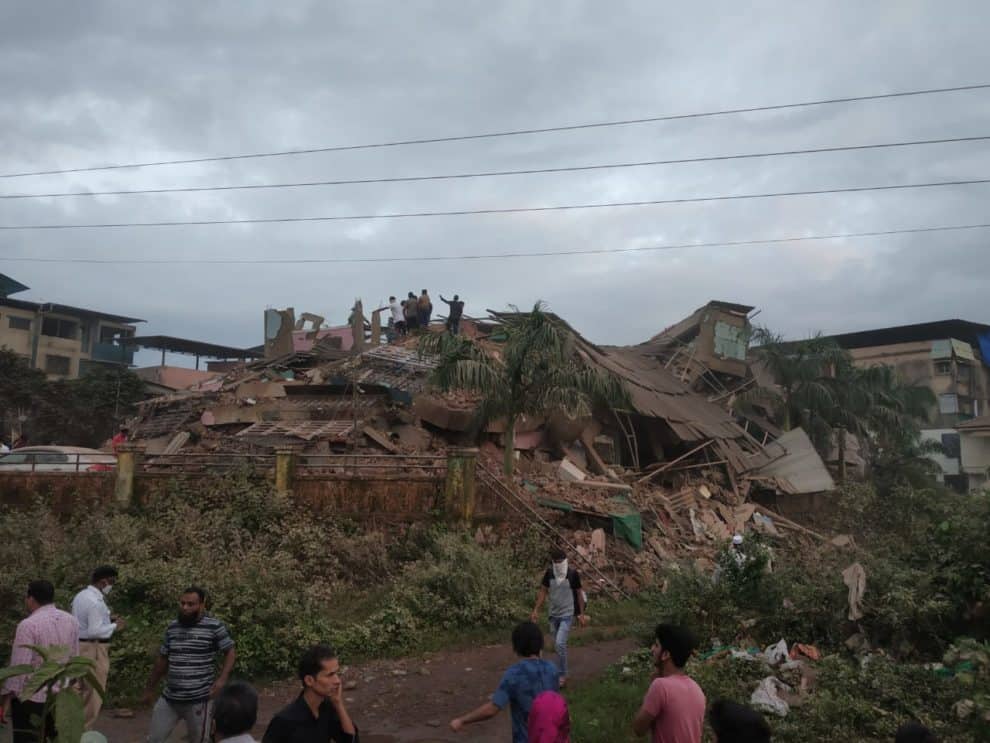 Mahad is about four hours drive from Mumbai. Three different teams of the National Disaster Response Force (NDRF) have reached the site from Pune. An NDRF officer told media that a building in Kajalpura area of Mahad collapsed at 6:50 PM. The three NDRF teams have all the necessary equipment to rescue those trapped.

A video footage showed the area around the collapsed building covered in massive clouds of dust. There is no casualty yet, even as rescue operations continue. The injured have been taken to a nearby government hospital.

The building that collapsed in Mahad was named Tariq Gardens. Raigad district collector Nidhi Chaudhari told Hindustan Times that the building was only about 10 years old. Initially, only the top three floors of the building had collapsed.

Some people were able to come out of the building in panic. Maharashtra chief minister Uddhav Thackeray spoke to MLA Bharat Gogawale and Raigad district collector Nidhi Chaudhari about the situation. Thackeray assured them that the government will provide all the necessary assistance for rescue and relief work.

Devendra Fadnavis, former chief minister of Maharashtra, said in a tweet, “Shocked to hear about the building collapse incident at Mahad (Raigad) where many are feared trapped. Praying for everyone’s safety.”

Poor construction quality and aging buildings claim dozens of lives every year in India. Heavy rains during the monsoon season cause dilapidated buildings and other structures to collapse.

Last month, heavy rains and storms caused the collapse of a building in Mumbai. At least nine people died and several others were injured in the accident. A few weeks ago, a video of a coconut tree swinging due to rain storms in Mumbai had gone viral.