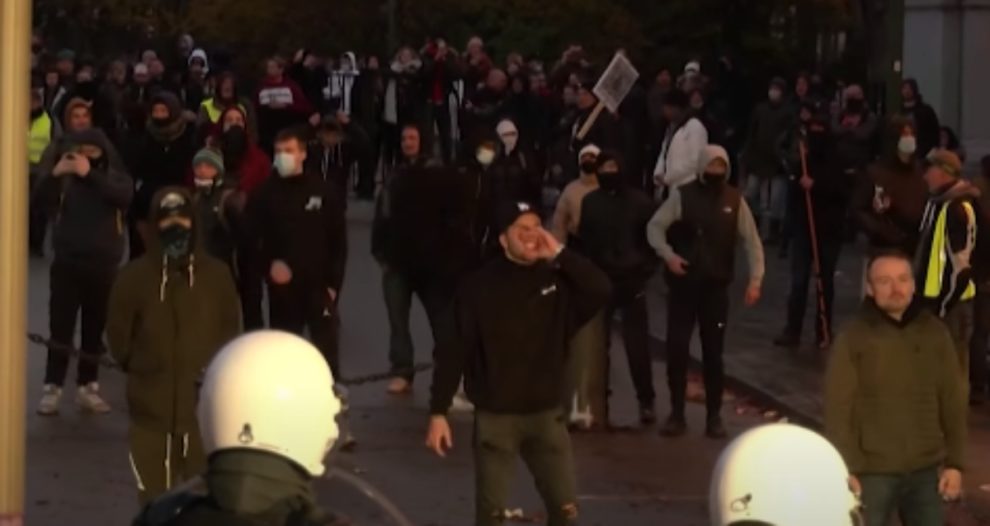 Thousands of demonstrators took to the streets of Brussels to protest the Belgian government’s latest anti-coronavirus measures.

According to the police, twenty people were arrested, and four demonstrators and two police officers were injured in the clash, according to the Xinhua news agency.

According to police estimates, approximately 8,000 people participated in the demonstration on Sunday.

The protests were mostly peaceful until a small group of people clashed with police near the end of the march near Brussels’ European district of Schuman.

To disperse the rioters, police used water cannons and tear gas, resulting in some injuries and damage to police vehicles.

Belgian authorities decided on December 3 to implement a slew of measures, including additional restrictions on indoor activities and lowering the minimum age for wearing masks in indoor public spaces to six.

These regulations went into effect on December 4th.

On December 20, the authorities will re-evaluate the epidemiological situation.

In Belgium, nine cases of the Omicron Covid-19 variant have been confirmed.