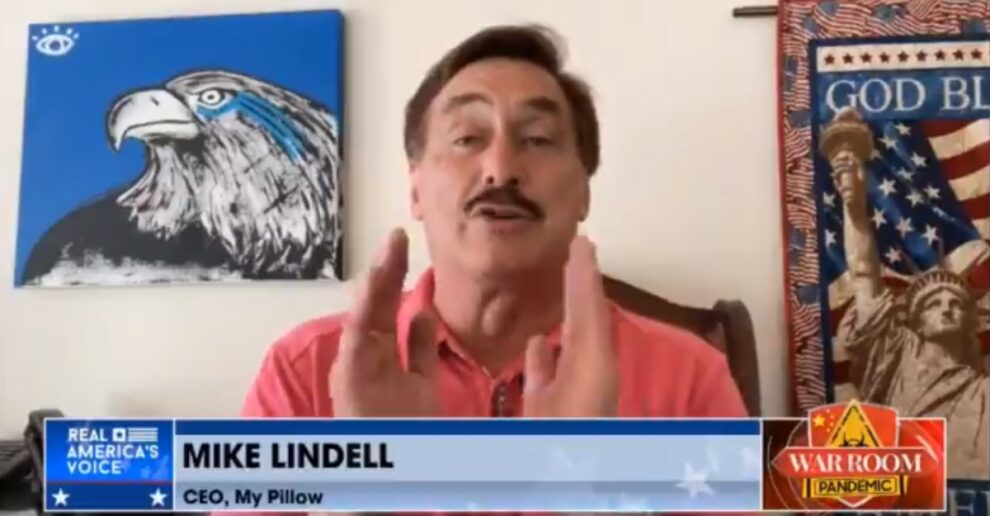 MyPillow CEO Mike Lindell said he was attacked at his hotel in Sioux Falls, South Dakota, on Wednesday night.

MyPillow CEO Mike Lindell said during his cyber symposium event that he was attacked last night at his hotel, according to a video posted below.

Mike Lindell says that he was attacked last night when he got to his hotel. He didn't expand much more on this. pic.twitter.com/btjVEhXZvR

Mike Lindell, after being off stage for hours, returns to his cyber symposium and repeats that he was “attacked” last night at his hotel, adding that it was “physically.”

Lindell, in another video, explained the incident when somebody physically attacked him at his hotel last night. He told, a person came to him for a picture and attacked him near the elevator of the hotel.

Mike Lindell just explained the incident when somebody physically attacked him at his hotel last night.

This is not a game…

In a phone interview with The Associated Press, police spokesman Sam Clemens said officers received a report of an assault in a hotel near the symposium on Thursday morning.