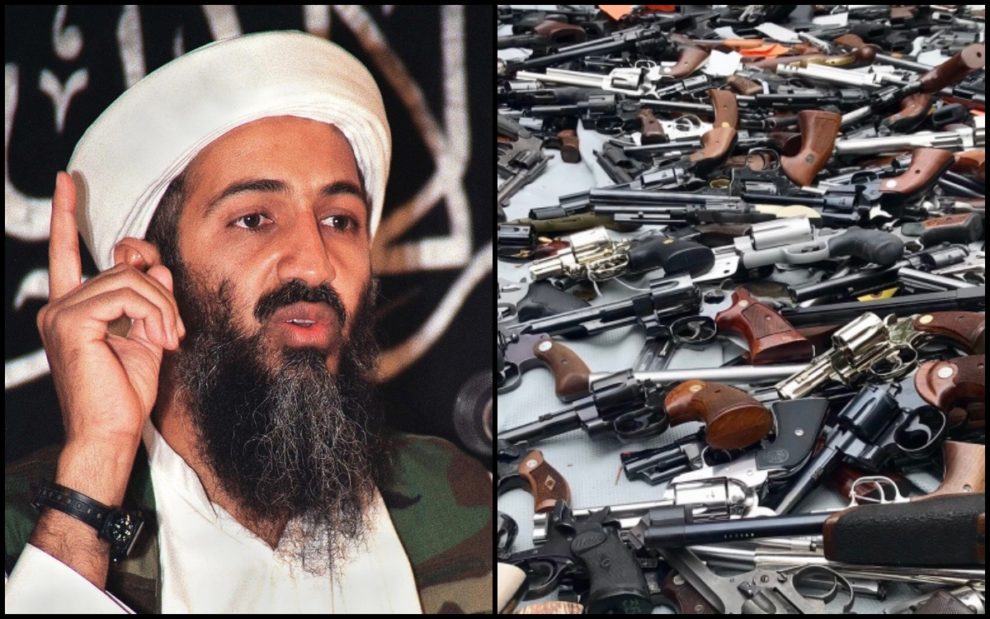 MSNBC host Chris Hayes compared Republicans who have posed with a gun, to the terrorist Osama Bin Laden.

Republicans with a gun are like Osama bin laden

Hayes said Tuesday on his show, All In With Chris Hayes, “It’s been unclear for some time exactly what Donald Trump Jr. does, but like his father, he does love to make content. This weekend he posted a video of himself ranting about teachers’ unions while posing with a wall full of guns. The whole thing had a here are my thoughts from my bunker vibe.”

Hayes criticized the growing use of gun images on “the right”. And pointed to a risk of violence in the country’s current political scenario as a reason to compare those who pose with guns to Al-Qaida, the Irish Republican Army and Cuban revolutionaries.

He also criticized Republican Colorado Rep. Lauren Boebert, saying she “has built her political identity around guns,” and how she recently joined a virtual congressional committee meeting with “a mess of guns” on the bookshelf. “Apparently she just leaves them out because she fears she may need to fire multiple rounds of ammo into someone who comes into her — den?” he added.

MSNBC host Chris Hayes compared Republican Congresswoman @LaurenBoebert to terrorist Osama Bin Laden because she dared to use her guns as decoration, claiming it was an "implicit threat."
Adding: "[Osama] liked to pose in front of a bookshelf with a gun prominently displayed." pic.twitter.com/dxzL9n6PBy

Terrorists posed with a gun

He said Osama bin Laden used to pose in front of a bookshelf with a gun prominently displayed. And further added that the Irish Republican Army showed guns in its propaganda posters and murals. Cuban revolutionaries always posed with guns too.

Hayes continued that no single side of the spectrum has a monopoly on this aesthetic. It is undeniably the aesthetic of armed struggle, of revolution or insurrection. He also added that a movement or faction that displays guns or a celebration of guns in its political aesthetic engages in something other than what we might call the mundane rhetoric of elected democratic politics.

“You can’t escape the meaning of it. It communicates that they’re committed to, or at the very least open to the possibility of violent overthrow of the government or the existing order,” Hayes fumed, adding that “in the Republican Party, it seems like it’s becoming common and unremarkable.”