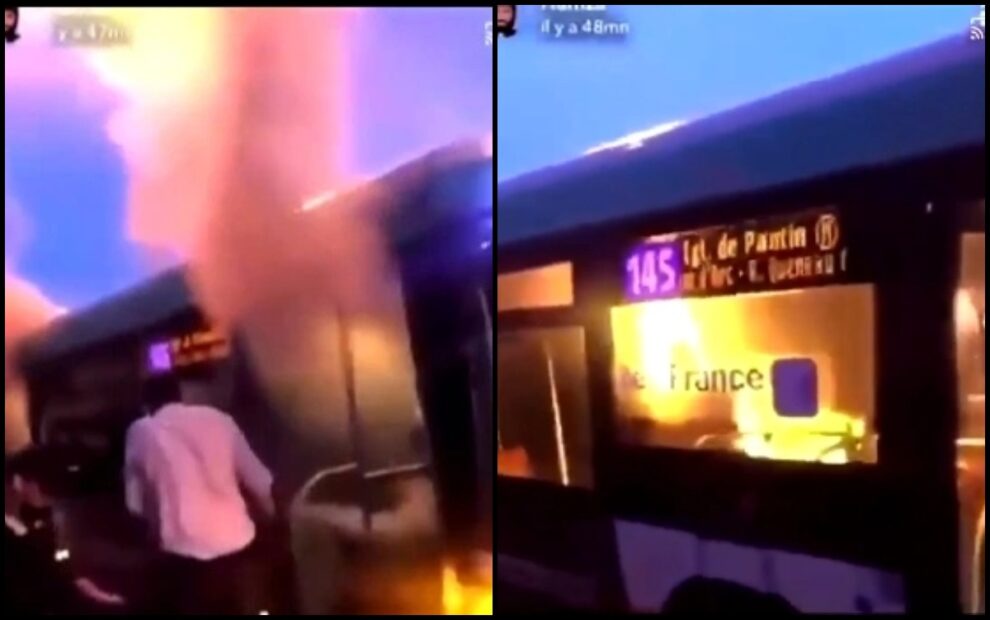 A woman has severely injured due to a fire on a bus in Noisy-le-Sec, Paris after a man attacked her, sprayed petrol on her, and ignited it.

The 54-year-old woman received severe burns on the face, scalp, and neck. But she discharged from the hospital on Sunday, according to a police source. The victim’s friend immediately saved her, and the bus driver rushed to put out the fire with a fire extinguisher. Both had few injuries but the firefighters took care of them. 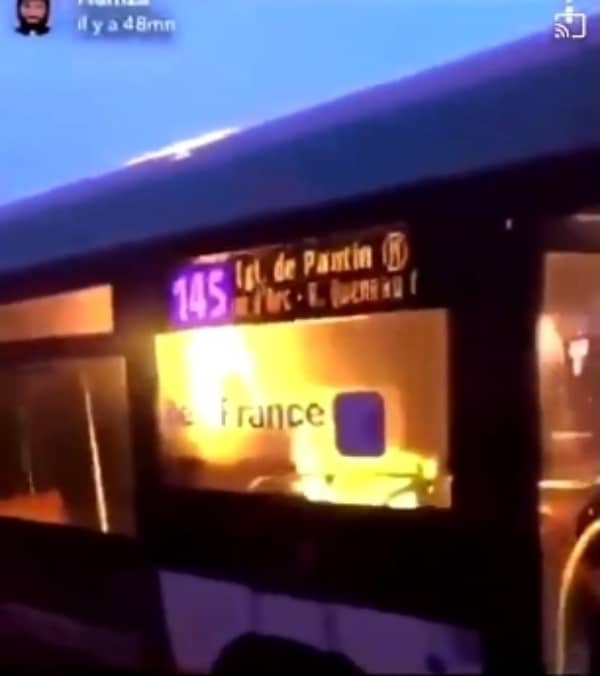 The Bobigny prosecutor’s office told AFP they have arrested the alleged 41-year-old criminal who attacked on Saturday at about 7.15 pm. They took him into custody on Sunday morning.

The bus was traveling through the eastern suburbs of Paris. A man, for some unknown reason, sprayed a woman with a flammable liquid on the 145 bus, near the Salengro-Auffret stop, in Noisy-le-Sec. The attacker then set the woman on fire, before running off.

An investigation for attempted voluntary murder handed over to the judicial police of Seine-Saint-Denis. “It seems that we face the complete gratuitous act of an imbalance. There is, a priori, no link between this woman, who does not live in the department, and her attacker,” a police source told. 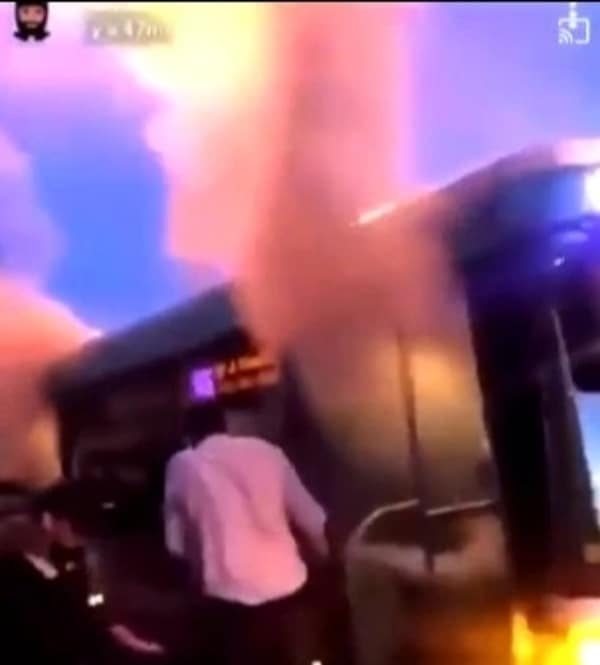 “All means are being mobilized to find the perpetrators of this odious attack,” the Paris Police Prefecture said in a tweet on Sunday.

“At #NoisyLeSec last night, a man and a woman were attacked in a bus by individuals who burned them by spraying a flammable liquid. All means are being mobilized to find the perpetrators of this odious aggression. The investigation is underway by the SDPJ 93.”

The SOUTH RATP Security Union posted a video on Facebook, recorded soon after the attack. A man possibly the bus driver was trying to extinguish the fire with a fire extinguisher. Those images went viral and triggered great emotion on social media.

Here’s the video (edited version, still GRAPHIC content for some)