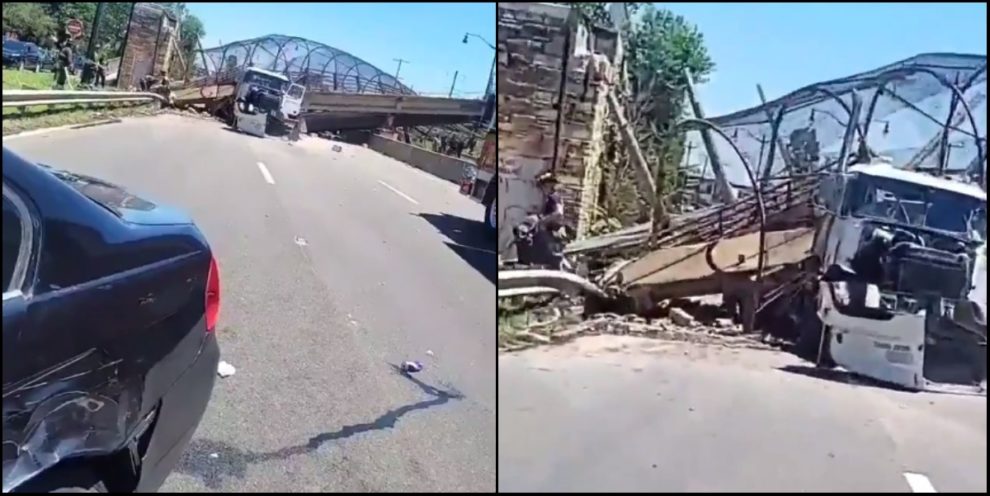 A pedestrian bridge collapsed in Northeast Washington DC, blocking I-295 and leaving at least three people with injuries.

Authorities said three people were slightly injured when a footbridge over the Anacostia Freeway in Northeast Washington collapsed on Wednesday.

The pedestrian bridge connects the city’s Kenilworth and Deanwood neighbourhoods by spanning the freeway along Kenilworth Avenue near Polk Street. According to Vito Maggiolo, a spokesman for the D.C. fire department, the injuries were “minor”.

Firefighters checked for motorists underneath the collapsed bridge and reported no one was trapped.

BREAKING: A pedestrian bridge collapsed in Northeast Washington DC, blocking I-295 and leaving at least three people with injuries pic.twitter.com/CpdahIvQz8

⚠️🇺🇸#URGENT: Pedestrian bridge collapses onto traffic in Washington, DC#Washington l #DC
Fire and EMS personnel are on scene searching vehicles trapped underneath the rubble. There are early reports of injuries. Details are continuing to emerge.
Standby for further information! pic.twitter.com/Hu1JM8E7yy

Live from the incident: