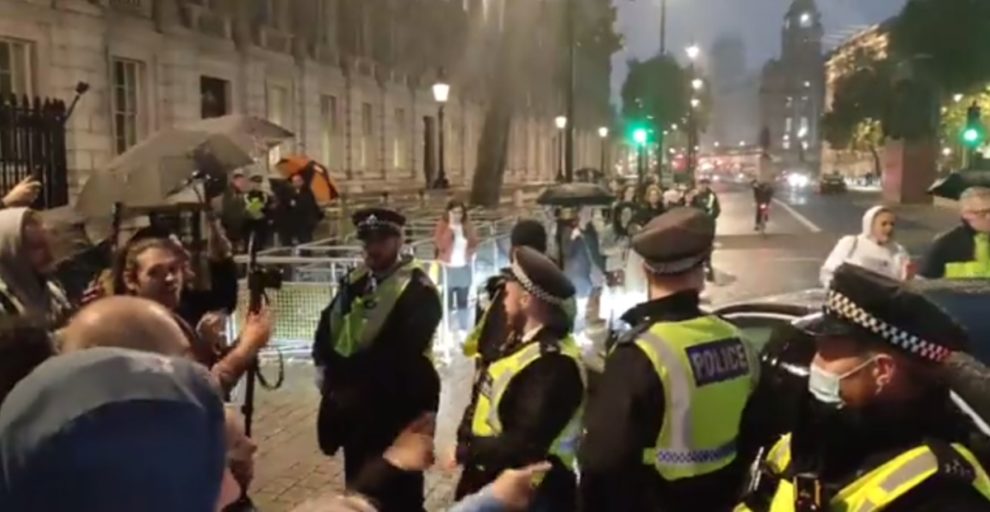 However, angry protesters, outside Downing street in London, chanted “arrest Bill Gates,” with some holding anti-vaccine signs aimed at the Microsoft founder. Video showed the enraged crowd slamming into an incoming car while trying to peer through the tinted windows to see who was inside, with police quickly setting up a cordon and fighting off the protesters. It’s not known yet that who was inside the car.

Other notable guests, invited to dinner, include Larry Fink, the billionaire CEO of the investment firm BlackRock; Stephen Schwarzman, the CEO of the private equity firm Blackstone; Ana Botn, the chair of Santander; Philip Jansen, the CEO of BT; and Liz Truss, the Foreign Secretary.