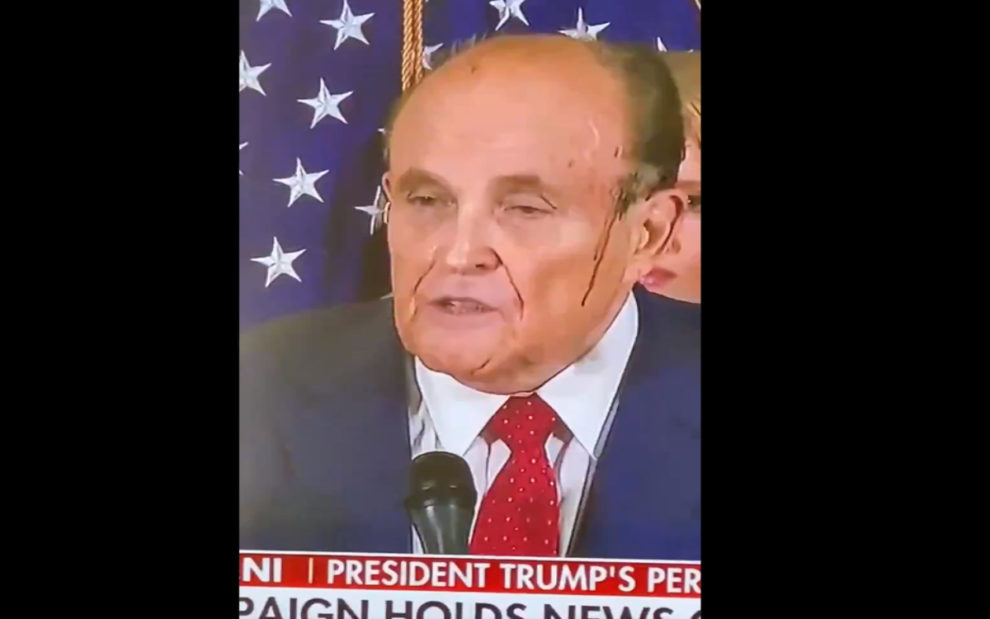 A video of Rudy Giuliani sweating through his hair dye has gone viral today.

Rudy Giuliani, the 107th New York City mayor and current personal attorney of Trump, once again talked about the Trump administration’s claims that President-elect Joe Biden stole the election during a press conference on Thursday afternoon. But this time there was something different, a very unfortunate combination of dye and sweat dripped down both sides of his face in the middle of the press conference.

Today, Rudy Giuliani was feeling the heat to come up with proof to support Trump’s claims about the election fraud.

At one point, it got so bad that the streams of what looks like dark hair dye blended with sweat moved down both sides of his face.

One user tweeted, “I didn’t think it would be possible to top the Four Seasons Total Landscaping press conference but sweating hair dye dripping down Rudy’s face and the other crazy shit just may have.”

Another said, “BREAKING: Rudy Giuliani’s latest Press Briefing, live from the parking lot of Edna’s Curl Up and Dye Hair Salon and Tire Center, claims Trump won 72 States and will provide evidence on this coming February 30th. They are currently sweating the details.”

“I didn’t think Rudy could embarrass himself any further but him sweating his hair dye down his face, has proved me wrong!!”, wrote a Twitter user.

Rudy leaking from both ears… pic.twitter.com/MJCp5s8sV7