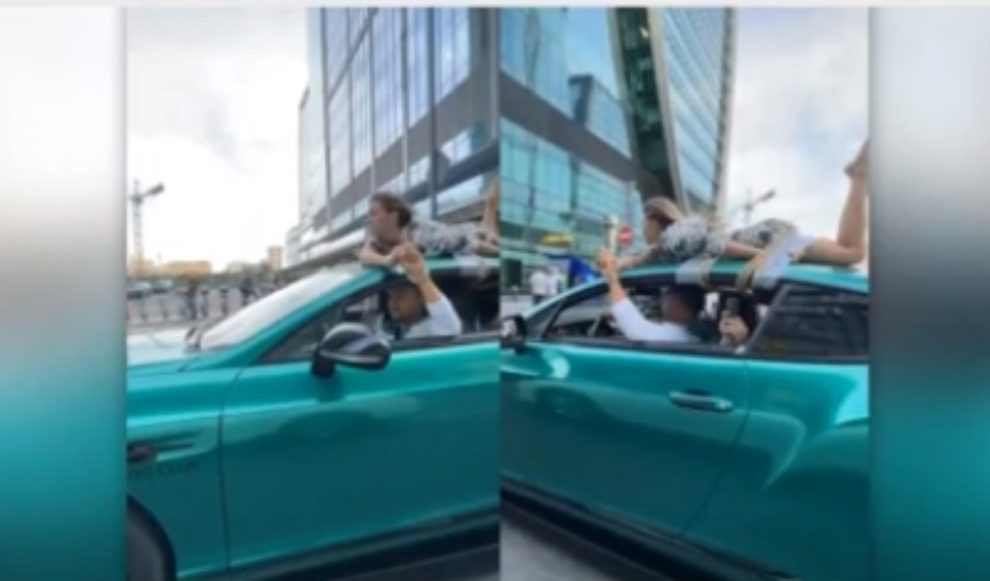 Video shows a Russian influencer drove around with his girlfriend tied to the roof of his car and handcuffed to him.

Controversial Sergey Kosenko, a Russian ‘influencer,’ went a little too far in a social media stunt in which he put his ‘girlfriend’ to the test.

In a video posted on Monday, Kosenko was seen driving his car with his girlfriend “roped to him and strapped to the roof.”

The video was uploaded to Instagram by bystanders as well as the influencer himself. He was spotted driving through Moscow in a Bentley while the woman was strapped to the roof. The influencer claims that he and his girlfriend go through various “trust tests,” and this is one of them.

Can you do this with your girlfriend pic.twitter.com/UAPGQkVVqP