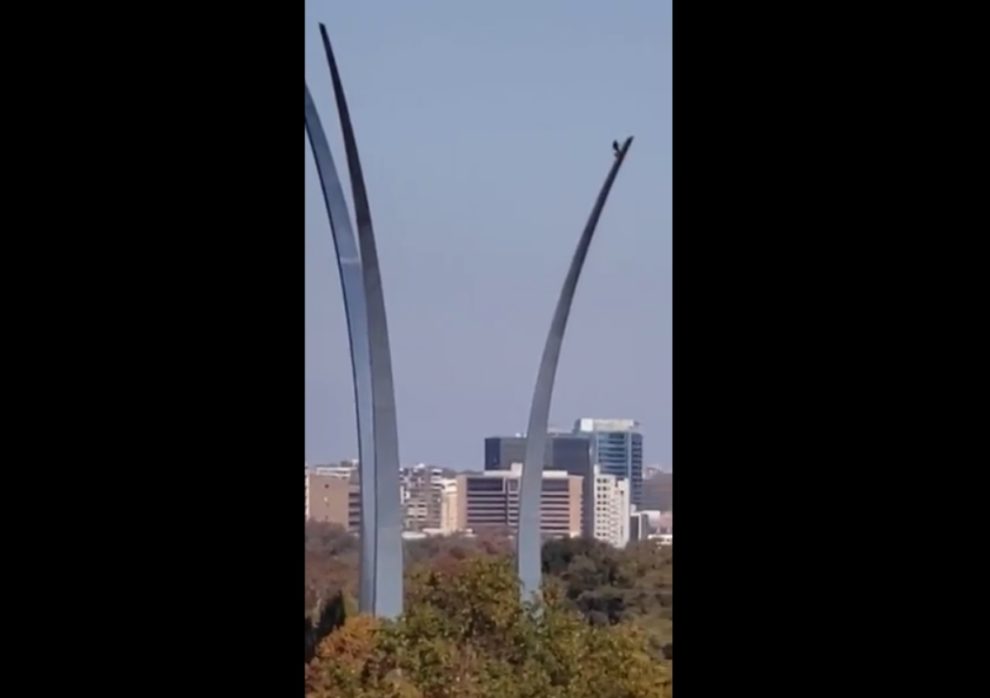 Guess it’s not a normal Wednesday morning for Arlington residents who spotted a person climbing the Air Force Memorial structure.

The video of the person climbing the Air Force memorial was recorded by the Former Republican candidate for Governor of Virginia, Peter Doran.

Doran said. “Someone is climbing the Air Force Memories in Arlinton. That’s new.”

The person has not been identified yet and it is unknown why he is climbing the memorial.

“Maintenance crew is inspecting the welds this week. They were up yesterday and plan to keep working all week,” One person said in a video thread posted by Doran.

The United States Air Force Memorial honours the service of US Air Force personnel and heritage organisations. The Memorial is located in Arlington County, Virginia, on the former Navy Annex grounds, near The Pentagon and Arlington National Cemetery.

Someone is climbing the Air Force Memorial in Arlington. That's new.

Doran posted another video of the climber descending the structure at 10.50 a.m., tweeting: “Now on their the way down. Nice day for a climb, however.”

Now on their the way down. Nice day for a climb, however. Will post updates. pic.twitter.com/OlHZVZc1uF

UPDATE: Mystery has been resolved as Arlington Police Dept tweeted, “Sgt. Green, an Air Force Veteran, stopped by the memorial earlier and confirmed maintenance is underway.”

Mystery SOLVED! It only happens twice every decade. These fellows are AMAZING free climbers. pic.twitter.com/fIQeQO0RkQ