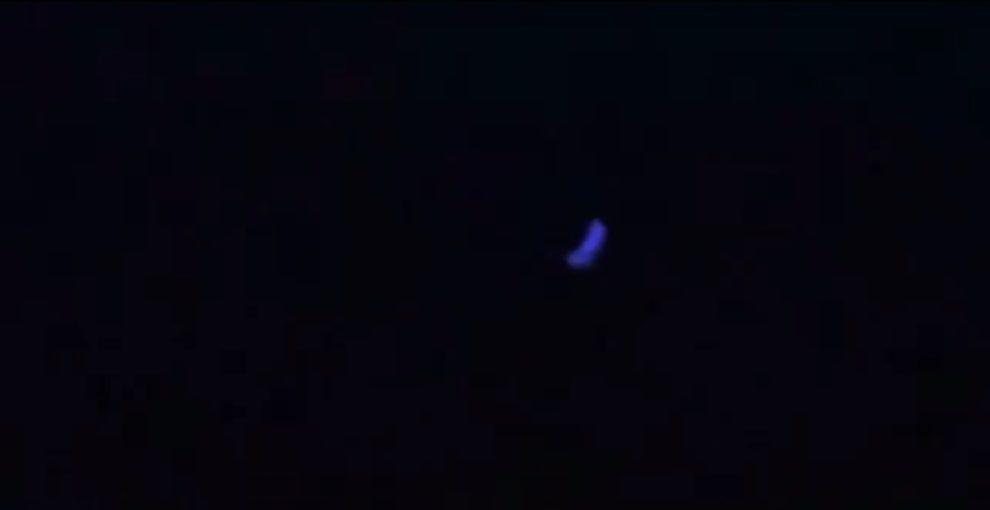 Oahu, Hawaii – A brief video of the incident, now viral on social media, shows a glowing blue object, believed to be UFO, traveling across the night sky before crashing into the ocean.

Residents of the Hawaiian island of Oahu have been shocked after seeing a bright blue object (UFO) floating over the night sky before disappearing into the sea. The blue object flying in the night sky near Haleakala Avenue in Nanakuli is also seen in many videos posted on social media.

People living on the island of Oahu said they saw a big UFO in the sky at night on Dec. 29 at about 8:30 pm, according to multiple reports.

Video of the UFO in Oahu, Hawaii

Hawaii – An unidentified flying object spotted in the evening sky over Leeward Oahu prompted witnesses to call 911. Multiple witnesses reported seeing a large blue object fall out of the sky and into the ocean.#Hawaii #UFO pic.twitter.com/hvdry0zyN0

Federal Aviation Administration got involved. FAA agents say they did receive updates about the UFO from police, who were getting multiple 911 calls about it.

FAA spokesperson Ian Gregor said, the police told the Federal Aviation Administration agency on Tuesday night about a possible airplane down in the area “but had no aircraft disappear off radars. And no reports of overdue or missing aircraft.”

In one of the videos, a woman can be heard saying, “Something is in the sky. What is that?”

One user tweeted, “4 days into 2021 and they got a UFO on footage in Hawaii Face with tears of joy lmao the Aliens bouta make they move while we worried about this pandemic.

A user asked, “@JasonAndDeb welcome back ! Jason did you see the Hawaii UFO ? It was a blue light thing over Oahu.”

“MAYBE THIS IS WHAT THAT “UFO” SPOTTED IN HAWAII WAS ABOUT TOO… CCP SPYING BY AIR AND BY WATER…,” accused a user on Twitter.

According to a social media user, “On the UFO sighting, there is a BIG conspiracy theory based on “Project Blue Beam”… This latest sighting in Hawaii is setting the stage IMO.”

UFOs Buzzing US Warships Could Be Aliens, According To Top American Spy