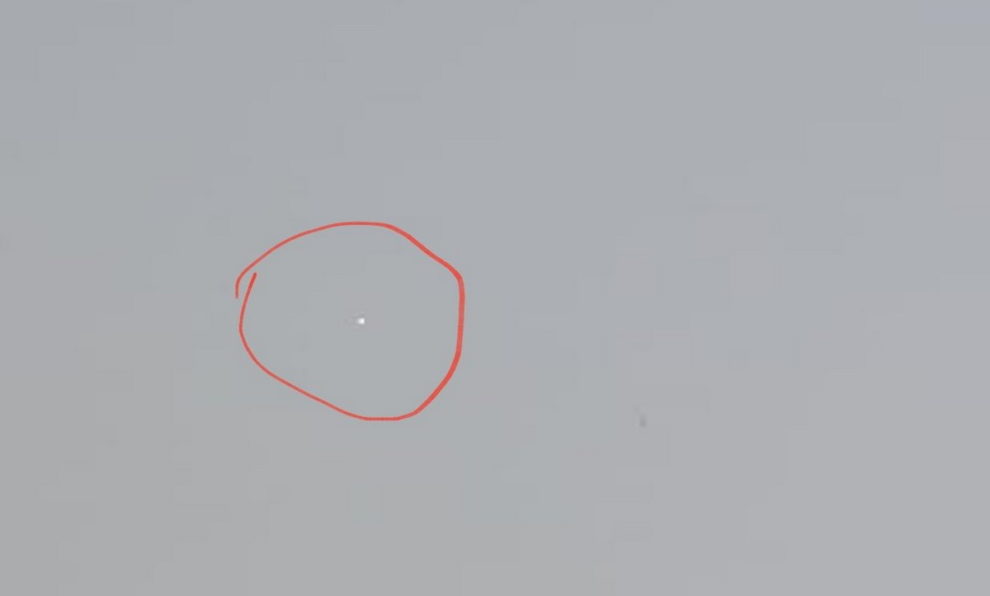 A video of an alleged UFO spotted over Pakistan has gone viral. UFO hunter extraordinaire Scott C. Waring has unveiled yet another strange-looking object – that may or may not be a UFO – spotted and video recorded from a plane in the skies of Karachi, Pakistan.

According to an eyewitness account added on Scott C. Waring’s video description, the plane was cruising at an altitude of 35,000 feet when the captain of the plane witnessed a “brilliant white round object” in the air “above and to the right of the aircraft.”

The alleged UFO spotting video from Pakistan has gone viral on the internet after it was covered by “UFO Sightings Daily”.

Watch video of alleged UFO over the skies of Pakistan

We were flying at 35000 feet. Operating Captain was just in the process of sitting down on his seat and the aircraft started to turn on the route which enabled him to see this brilliant white round object above and to the right of the aircraft. It could either have been hovering or moving slowly (difficult to tell due relative motion). Cell phone cameras were put in action fat to capture the object. After landing was found out that it had been seen/filmed in different areas as well.

Wow, just wow! Guys this is 100% an actual foo fighter. The legendary WWII orbs that would ride along side the planes and follow them over the ocean. This sighting took place along the coast near the city of Karachi, Pakistan. Look carefully at the screenshot above. Do you notice it has a metal ring around it and a brilliant white light coming from its center? That is the most focused Foo fighter photo in the history of UFO research! Absolute proof aliens are still following planes and keeping an eye on humanities activities. Best freaking sighting in several months.

A user on Scott C. Waring’s video blog commented, “I have seen similar orbs twice before, once near Hill AFB Utah, and once over Layton, UT, both in 2018.”