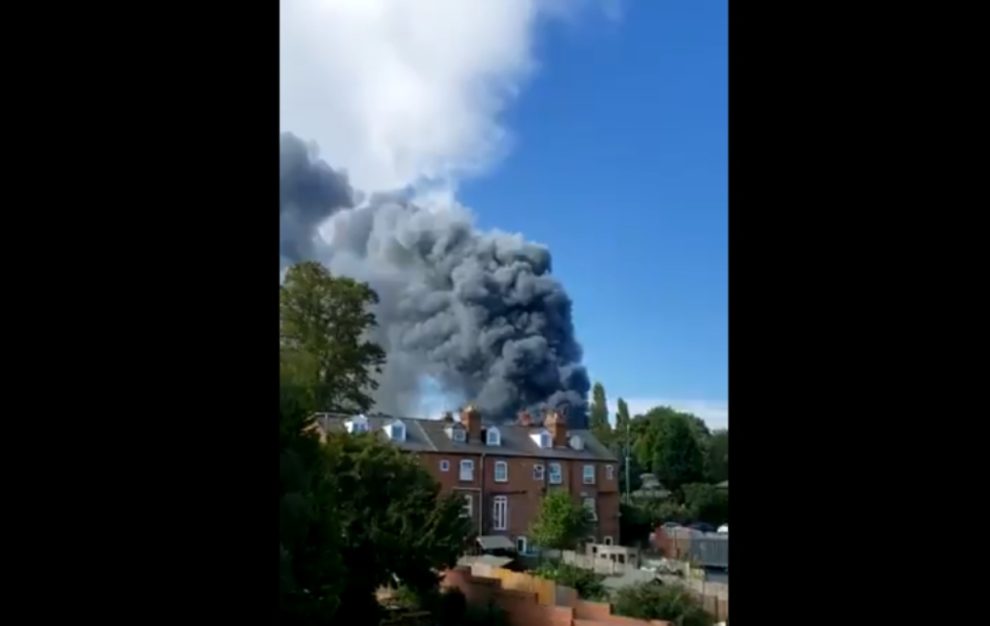 In Kidderminster, a massive industrial fire has erupted, sending large flames and plumes of black smoke into the air, shows multiple videos on social media

At around 14:50 BST on Wednesday, fire crews were called to the scene in Park Street, Kidderminster, Worcestershire.

Several people posted video of the fire on social media, claiming that it looks like the “whole town” was on fire.

Students at a nearby school are being allowed to stay longer because their parents are unable to reach them due to traffic congestion.

Police have advised people to avoid Park Street while the fire is being extinguished.

West Mercia Police said: “Please avoid the area while emergency services respond as there will be road closures in place.”

JUST IN – A massive industrial fire has broken out in Kidderminster, England – police warn residents to avoid the area. pic.twitter.com/KpXxqPe0MP

Another clip from the fire in Kidderminster… #Kidderminster #fire pic.twitter.com/LlsXcX0xcM