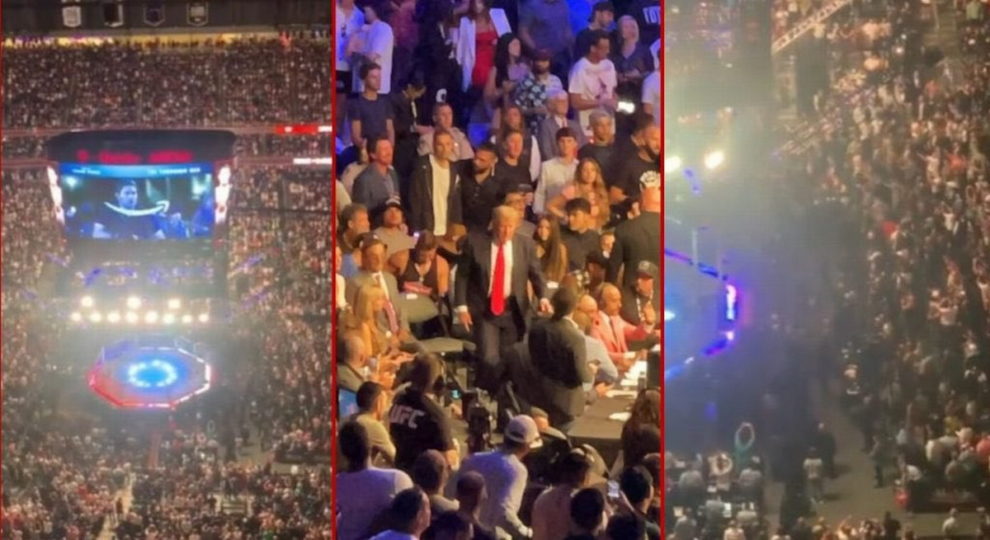 Donald Trump was greeted by a loud chorus of mostly cheers as he arrives ringside in Las Vegas tonight for Conor McGregor’s UFC fight at UFC 264, multiple videos show.

Instead of a private box, President Trump chose to sit cage-side. White, a personal friend of the President, told TMZ that Trump “doesn’t care, he’s not that guy, he’s not hiding in a box somewhere, that’s not his style,” and that Trump will instead sit directly behind him.

As for the match, Dustin Poirier defeated Conor McGregor at UFC 264 on Saturday night after the Irishman injured his left ankle in the final seconds of the first round.

Watch all the videos of the Trump at the UFC 264 below:

UFC crowd goes nuts when Trump enters the stadiumwith @danawhite!!! Chants of US… USA break out. These fans and most of the fighters just get it.🇺🇸🇺🇸🇺🇸 #UFC #Ufc246 pic.twitter.com/MG0TA2E7BY

TRUMP AT THE UFC FIGHT pic.twitter.com/ffrp7zDNCj

Donald Trump is greeted by a loud chorus of mostly boos as he arrives ringside in Las Vegas tonight for Conor McGregor’s UFC fight. pic.twitter.com/rIIxQnliP5

Trump is sitting 3 seats away from Justin Bieber at UFC pic.twitter.com/7dOFbwrrjA

Video: Moment when McGregor’s ankle was broken during fight against Dustin Poirier at UFC 264