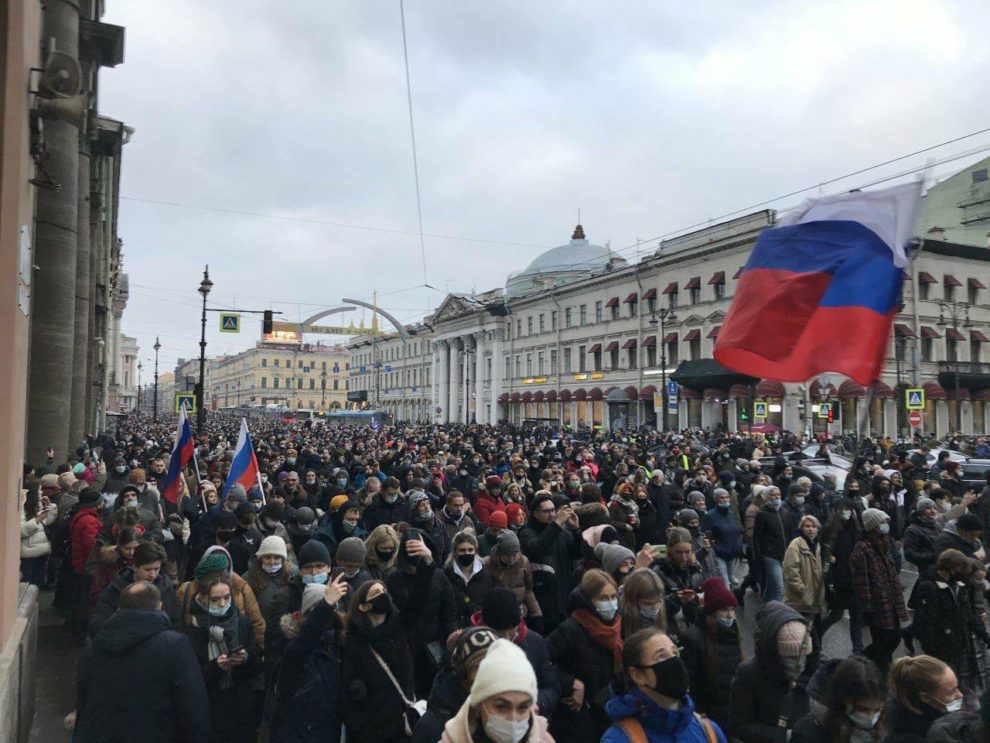 In this article, we will be sharing the videos of the nation-wide protests of Alexei Navalny supporters in Russia.

Over 1,000 protesters were arrested by Russian police on Saturday, including the wife of imprisoned Kremlin critic Alexei Navalny, as several thousand took to the streets nationwide to condemn the rule of President Vladimir Putin.

Thousands of people, including the Russian teenagers, crowded Moscow’s central Pushkin Square and nearby roads as riot police hauled off protesters and beat those around with batons.

“We’re watching reports of protests in 38 Russian cities, arrests of 350+ peaceful protesters and journalists. The U.S. supports the right of all people to peaceful protest, freedom of expression. Steps being taken by Russian authorities are suppressing those rights,” Spokesperson, U.S. Embassy Moscow said in a tweet.

After being arrested last weekend, Navalny had called on his supporters to protest as he returned from Germany to Russia for the first time after being poisoned with a nerve agent he claimed was applied to his underpants by state security agents.

The Russian authorities had warned people to stay away from the demonstrations on Saturday, saying they risked catching coronavirus as well as punishment and time in prison for attending an unauthorized protest.

Among those detained in Saturday’s protests were Alexei Navalny’s wife Yulia Navalnaya and his aide Lyubov Sobol. Many journalists covering the event saw several protesters left badly injured after clashing with riot police in Russia.

Police were seen roughly detaining people in central Moscow, where according to Reuters’ reporter’s estimate at least 40,000 people had gathered at one of the biggest protests for years. Police were witnessed bundling them into nearby vans.

Russian authorities, on the other hand, said some 4,000 people had shown up in the pro-Navalny protests.

Protestors in Navalny’s support rally in Moscow held signs saying “Free Navalny” and “Don’t be afraid” and chanted “Putin is the enemy of people.”

According to reports, several hundred people also attended pro-Navalny rallies in the Baltic states of Lithuania and Estonia on Saturday.

Videos of Alexei Navalny protests in different regions of Russia

This is Vladivostok, in the country’s Far East pic.twitter.com/luO4oudeH9

@ioannZH shares photo of Navalny protest in Yakutia, where its -50 c pic.twitter.com/MUq0ZEkwXe

A view of Navalny’s protest crowd in Moscow, via @bazabazon pic.twitter.com/wopFSWiRFr

Protests across Russia today in support of @Navalny