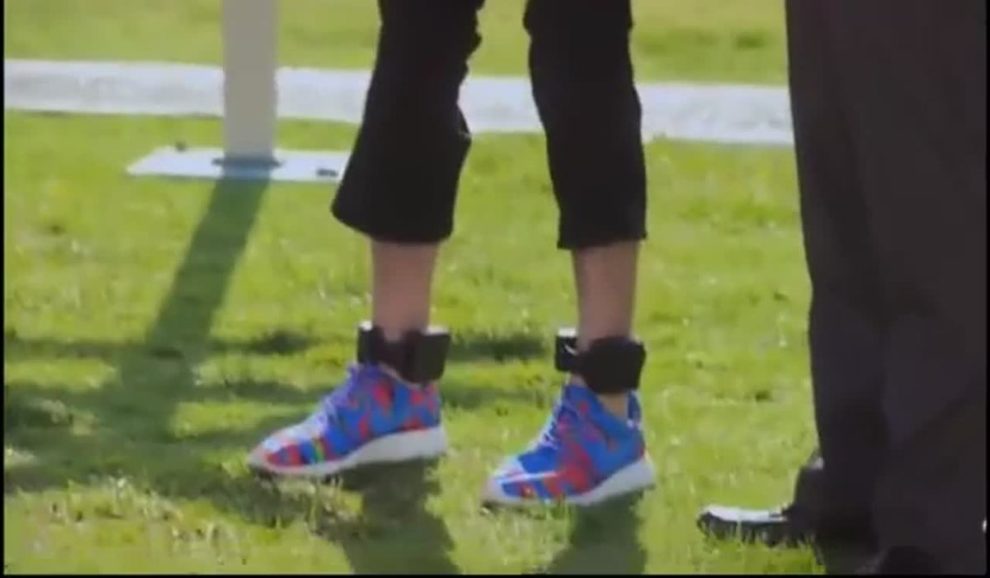 A school in Washington has been blasted for requiring student athletes to wear Ankle monitors so that they can be notified if another player tests positive for COVID.

A public high school named “Eatonville High School” in the state of Washington was requiring vaccinated and unvaccinated student athletes to wear ankle monitors for the purposes of social distancing and contact tracing.

According to The Post Millennial, a meeting was conducted during which kids and their families were advised that athletes could wear the monitors or skip participation, according to Jason Ostendorf, a father of a football player at the school. He stated that there was no opt-out option available at the time. Ankle monitors were required.

The mother of a 15-year-old girl on Eatonville High School’s volleyball team brought the storey to light.

The mother told The Post Millennial that her daughter texted her about being asked to wear the ankle monitor. The mother called the school after she was unable to contact her daughter again, presumably because she was playing, but no one answered her questions. So she went to the school and spoke with the coach, who informed her that a meeting about an ankle monitoring programme for students had taken place the week before.

The device was manufactured by a tech firm called Triax. The device can be worn in the body or affixed to a hat or helmet, according to the manufacturer’s website.

The device achieves its social distancing goal through “a visual and audible alarm, so individuals know when to adjust their current distance to a proper social distance.”

The ankle monitoring policy was not mentioned in the school district’s back-to-school materials. Furthermore, the mother was not informed about the meeting, where she would have been given the option to opt out of the programme.

In an interview with The Ari Hoffman Show on Tuesday, the mother expressed her concern that the programme would lead to discrimination against unvaccinated students because, unlike vaccinated students, they would have to be isolated for 14 days.

Eatonville School District Superintendent Gary Neal insisted that the device was not intended to discriminate.

Neal told The Post Millennial: “We received grant funding (known as ESSER III) that specifically included provisions to support higher-risk athletic programs, and we used some of those funds to pay for athletic proximity monitors. We are using these monitors for high contact and moderate indoor contact sports. The monitors are for both staff (coaches) and students on the field, regardless if they are vaccinated or unvaccinated. If a student or coach tests positive, we will have immediate information regarding athletes’ and coaches’ contacts, so we can more tightly determine who might need to quarantine.”

But the School Board Director Matt Marshall had a different message, saying that the school district has “shelved the devices until proper procedures including community input and board approval process occur.”

“I will fight any requirements that segregate students based on vaccination status,” he added. “I am confident the rest of my colleagues will do the same.”

Parents first reported that unvaccinated pupils were asked to wear monitors, however it was later established that both unvaccinated and vaccinated students were required to do so.