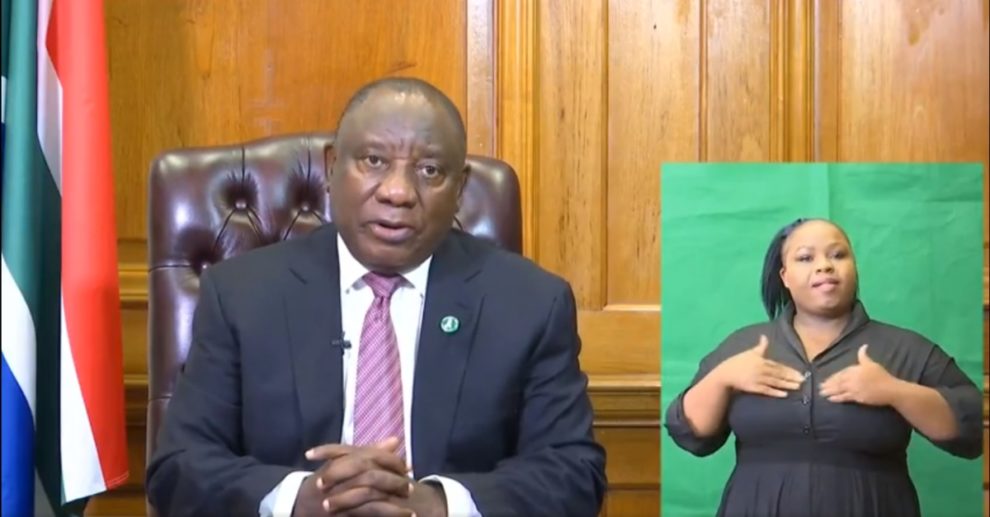 “The only thing the prohibition on travel will do is to further damage the economies of the affected countries and undermine their ability to respond to, and recover from, the pandemic.”

The World Health Organization on Sunday echoed calls by South Africa’s president for countries to eschew travel bans targeting southern Africans amid the spread of the heavily mutated Omicron variant of the coronavirus.

“The cat’s already out of the bag, so to speak.”

“Travel restrictions may play a role in slightly reducing the spread of Covid-19 but place a heavy burden on lives and livelihoods,” the WHO said in a statement calling for borders to remain open. “If restrictions are implemented, they should not be unnecessarily invasive or intrusive, and should be scientifically based, according to the International Health Regulations, which is a legally binding instrument of international law recognized by over 190 nations.”

Dr. Matshidiso Moeti, the WHO’s regional director for Africa, added that “the speed and transparency of the South African and Botswana governments in informing the world of the new variant is to be commended. WHO stands with African countries which had the courage to boldly share lifesaving public health information, helping protect the world against the spread of Covid-19.”

.@WHO stands with #African nations & calls for borders to remain open.

As countries impose flight bans on southern African nations due to concerns over the new #OmicronVariant, WHO urges countries to follow science & health regulations. #COVID19 https://t.co/avUuOJok2b

In recent days, dozens of nations including the United States have prohibited travelers from numerous nations in southern Africa due to concerns about the Omicron variant, which was first identified in Botswana earlier this month. On Friday, the WHO classified the new strain as a “variant of concern.”

On Sunday, South African President Cyril Ramaphosa urged nations that have imposed bans on African travelers to rescind what he called the “scientifically unjustified” restrictions.

“The only thing the prohibition on travel will do is to further damage the economies of the affected countries and undermine their ability to respond to, and recover from, the pandemic,” Ramaphosa said. “These restrictions are unjustified and unfairly discriminate against our country and our southern African sister countries.”

Instead of prohibiting travel, the rich countries of the world need to support the efforts of developing economies to access and to manufacture enough vaccine doses for their people without delay.https://t.co/EpfT062cmt

South African vaccinologist Shabir Madhi told Al Jazeera that it is “naive” for world leaders “to believe they can stop the spread of this variant with a blanket ban on countries in southern Africa.”

“The virus has already found its way into these societies from individuals that haven’t even traveled to or come into contact with anyone from southern Africa,” he said. “In South Africa, we have one of the globe’s best Covid sequencing capacities based on our experience with treating HIV and TB. We have been ahead of the game for a while now and we are thus a victim of our success.”

Nicole A. Errett, a professor of public health at the University of Washington, told The Washington Post that by the time countries enact pandemic travel bans, “the cat’s already out of the bag, so to speak.”

“Omicron has already been detected in other continents,” she noted. “A travel ban could in theory buy some time by reducing the spread of new seed cases, but we are talking on the order of days to weeks.”