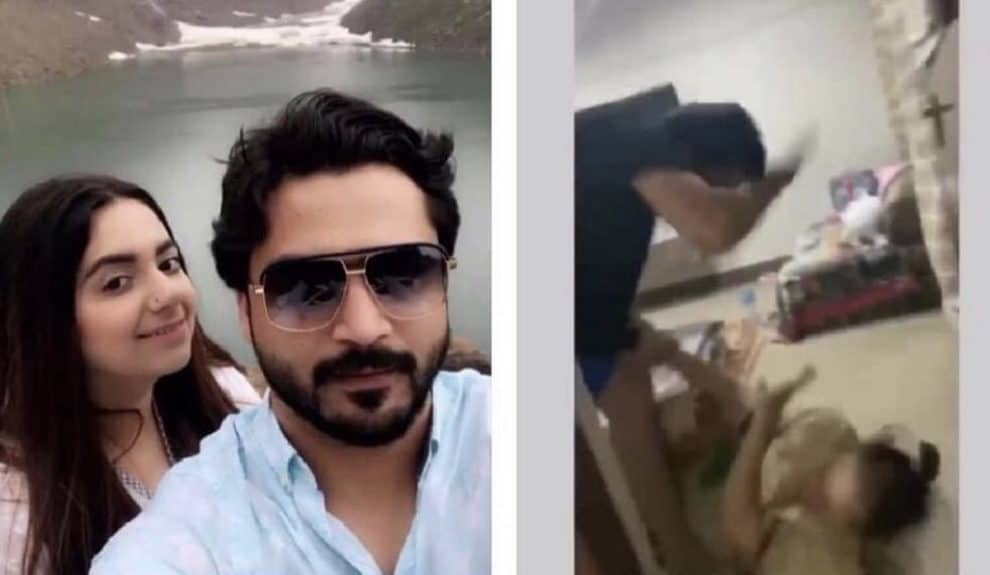 A shocking video has emerged on social media showing a man beating an old aged woman. A video statement from a girl named Zoobia Meer is also taking rounds of social media in which she confirms that the man in the video is her brother and the woman he is beating is their mother.

”My son has beaten me over a family dispute related to his wife,” claimed mother in a video interview. The horrific incident took place in the city of Sadiqabad, Punjab, Pakistan.

Zoobia Meer in her video said, the police of the area where the incident happened, has not registered their FIR. However, a few minutes after her video went viral, Rawalpindi police confirmed in a tweet, that the law enforcement department has registered the FIR against the accused (named Arsalan) and his wife.

The girl, Zoobia Meer initially uploaded the video of the incident on her YouTube channel, after which it went viral. Her name “#zoobiameer” is now the number 1 trend on Twitter in Pakistan.

Areeba Haroon wrote, “#zoobiameer before going to sleep and taking one more scroll I came across this post which has made me sick to my stomach. I can’t believe such people even exist. And that too with your mother. People are really going through psychotic and mental disorders. This is cruel.”

I just watched the video message of #zoobiameer and was greatly shocked that how a person can be so cruel and evil. Can’t say he and his wife are humans. She also mentioned that police is not cooperating with them which shows the injustice of the police department, said Sheraz Dilbar.

Walid Khan Khilji tweeted, “#zoobiameer and her mother needs help because they are badly beaten by her brother and his wife. They took the money and the property papers and ran away. Please raise your voice against this brutality. #pakistan”.

UPDATE 5:15 AM PST: The wife of Arsalan Qureshi, the man who was recorded beating his mother, has shared her side of the story in a video message on her Instagram profile. Watch here.