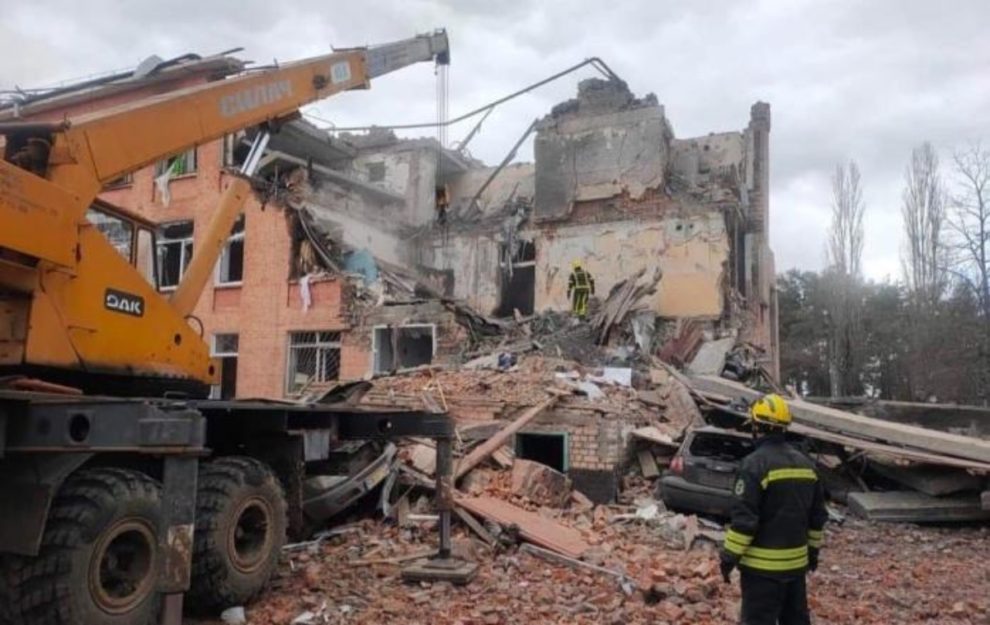 At least 13 people were killed on Monday when shelling hit an industrial bakery in Makariv, around 50 kilometres west of Ukraine’s capital Kyiv, the country’s rescue services said.

Rescuers posted a message on Telegram saying around 30 people were within the area of the bakery at the moment of the shelling. The message was deleted shortly afterwards with no further details provided.

Emergency services said they also rescued five people trapped in the rubble. The bakery was not functioning at the time of the incident.

A rescue services spokeswoman confirmed to AFP that the shelling killed 13 people after earlier uncertainty surrounding the toll.