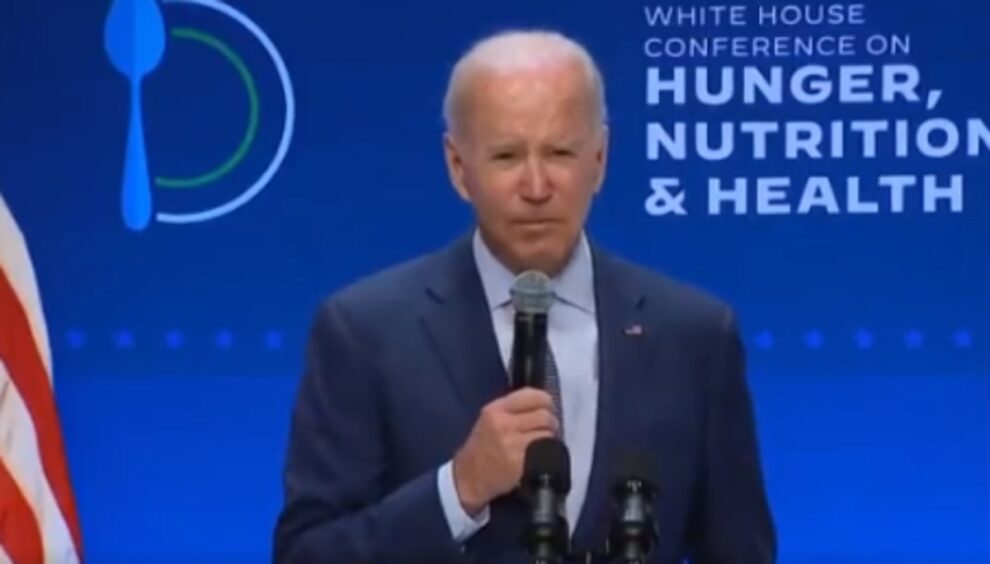 US President Joe Biden appeared Wednesday to believe that a congresswoman, whose death he had marked with a statement in August, was in the audience of a Washington event on food that she had helped launch.

The White House responded to a flurry of media inquiries about the odd incident by saying the president simply had the congresswoman on his mind.

“Jackie, are you here? Where’s Jackie?” Biden called into the crowd, referring to the late Republican congresswoman Jackie Walorski, who was part of the bipartisan group behind the White House health conference on food and diet.

“I think she was going to be here,” Biden said.

In fact, Walorski died in a car accident in August and Biden, the oldest president in history at 79 years old, issued a statement at the time saying he was “shocked and saddened.”

“We may have represented different parties and disagreed on many issues, but she was respected by members of both parties for her work,” Biden said in the August 3 statement.

“She also served as co-chair of the House Hunger Caucus, and my team and I appreciated her partnership as we plan for a historic White House Conference on Hunger, Nutrition, and Health this fall.”

White House Press Secretary Karine Jean-Pierre said the president’s confusion stemmed from having Walorski on his mind as he presided over the conference and also thought ahead to hosting her family at the White House on Friday.

“She was top of mind,” Jean-Pierre said.

“He was thinking about her as he was naming, he was calling out the congressional champions on this issue, on this really critical issue,” she said. “I feel like many of us have gone through that particular, you know, time, where someone is on top of mind and you call them out.”