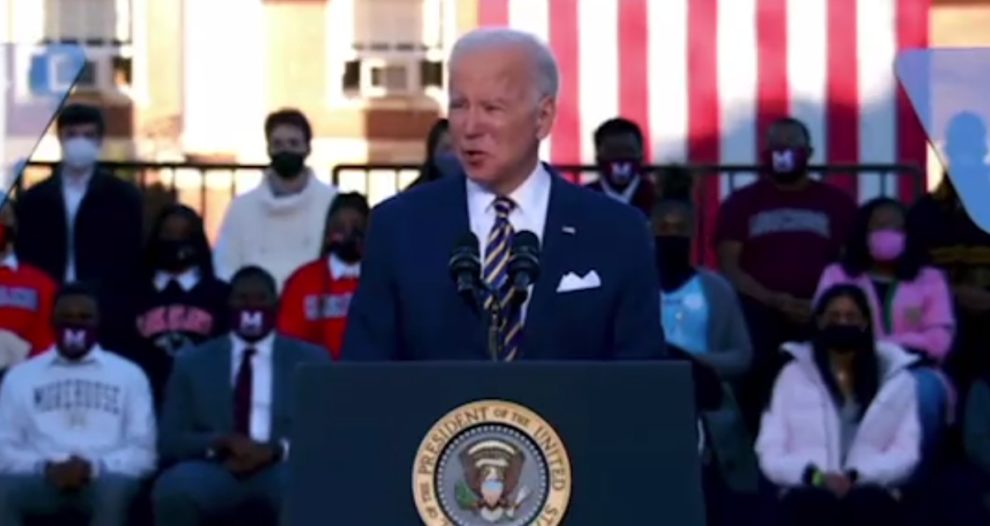 US President Joe Biden warned Russia Wednesday that it will pay a stiff price for a full-blown invasion of Ukraine, but sowed confusion by suggesting a “minor” incursion would prompt much less pushback from the West.

Biden said he did not believe that President Vladimir Putin wants a war, but said the Russian leader has created a situation that is proving extremely difficult to defuse — and that could easily “get out of hand” in the region.

“My guess is he will move in. He has to do something,” Biden said during a press conference marking his first year in office.

He said Putin could be planning “something significantly short of a significant invasion” to test the United States and NATO that would be met with a lesser pushback from the allies.

“It’s one thing if it’s a minor incursion, and then we end up having a fight about what to do and not do, etcetera,” he said.

Republican lawmakers quickly blasted the US leader, accusing him of tacitly okaying an attack by Russian troops.

“So if (Putin) only takes over parts of Ukraine our response will be less severe than if he takes it all?” he said on Twitter.

“If any Russian military forces move across the Ukrainian border, that’s a renewed invasion, and it will be met with a swift, severe, and united response from the United States and our allies,” said Press Secretary Jen Psaki.

The Russians “have an extensive playbook of aggression short of military action, including cyberattacks and paramilitary tactics,” she noted, referring to Biden’s own explanation.

Biden “affirmed today that those acts of Russian aggression will be met with a decisive, reciprocal, and united response,” she said.

Biden was speaking ahead of a meeting on Friday in Geneva between US Secretary of State Antony Blinken and Russian Foreign Minister Sergei Lavrov in Geneva.

Blinken held meetings in Kyiv Wednesday in preparations for the Geneva talks, and urged Moscow to choose the “peaceful path.”

With more than 100,000 troops and war-making machinery poised on Ukraine’s borders, Moscow has sent alarms through the West over its threat to Kyiv.

Biden said the United States and its allies are “ready to impose severe costs and significant harm on Russia and the Russian economy” if it attacks.

“If they actually do what they’re capable of doing with the force they’ve massed on the border, it is going to be a disaster for Russia,” Biden told reporters.

“The cost of going into Ukraine in terms of physical loss of life, for the Russians… it’s going to be heavy.”

Biden appeared to suggest ways of deconfliction, playing down Putin’s biggest worries, that Ukraine would join NATO and that the West would position strategic weapons in Ukraine.

And he opened the door for a new summit with his Russian counterpart.

“There’s room to work if he wants to do that,” he said.

“I am hoping that Vladimir Putin understands that, short of a full-blown nuclear war, he is not in a very good position to dominate the world,” Biden said.

“Putin has, I know, a stark choice, either escalation or diplomacy,” he said.

“I think he will pay a serious and dear price for it if he doesn’t think now.”