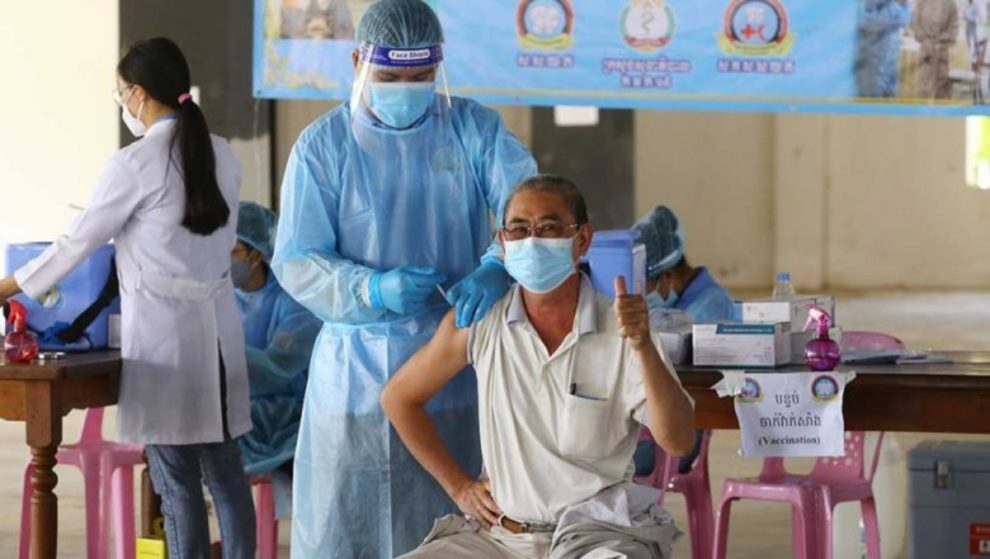 Cambodia began distributing the fifth dose of a Covid-19 vaccine to priority groups across the country on Thursday, according to Health Ministry spokeswoman Or Vandine.

“Vaccine is the most powerful tool to protect your lives from the Covid-19,” the spokeswoman told reporters while visiting an inoculation site in Phnom Penh.

“Booster doses are essential to strengthen your immunity against COVID-19, so please come for your booster shots when your turns come,” she added.

She stated that at least three months must elapse between the fourth and fifth doses.

The Southeast Asian country announced on Tuesday that it was free of Covid after the last patient recovered. There have been no new cases in the last 31 days.

Vandine credited the country’s success in containing the pandemic to the efficacy of Covid-19 vaccines.

Over 15 million people, or 94% of its 16 million population, have received at least one dose of a Covid-19 vaccine, according to the Health Ministry, with 14.3 million, or 89%, fully immunised with two shots.

Cambodia has resumed all socioeconomic activities and reopened its borders to fully vaccinated travellers without quarantine since November of last year, propelled by vaccinations.