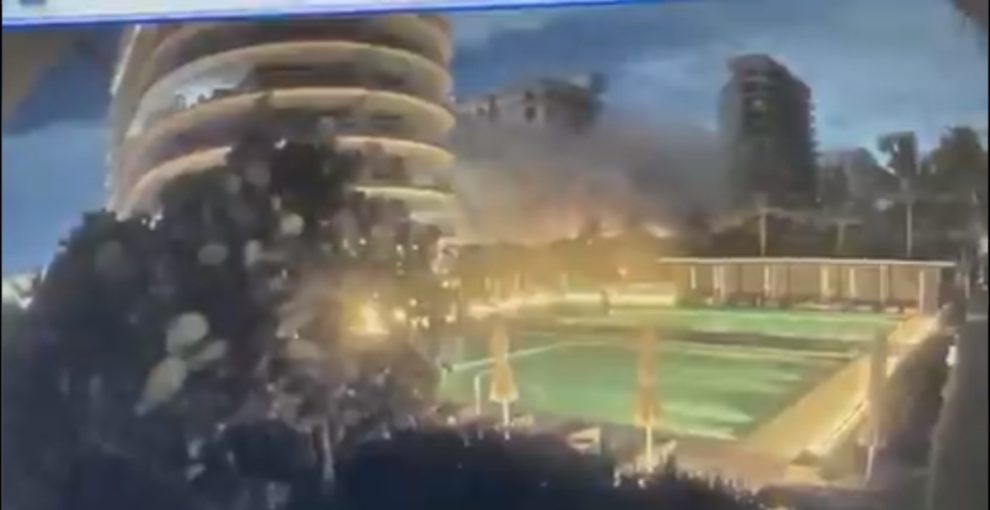 Watch the (CCTV) surveillance video of the moment when the Champlain Towers South Condo building collapsed in Florida’s Surfside early this morning.

JUST IN: Video I’ve obtained of the building collapse in Surfside, Florida. pic.twitter.com/BGbRC7iSI9

The collapse happened at the Champlain Towers South Condo near 88th Street and Collins Avenue, at around 1:30 a.m., Thursday.

At least 1 person is dead and dozens injured after the building in Surfside near the beach collapsed. 35 people were pulled from the building. Rescue operations are underway.

The Surfside building was constructed in 1981.

A closer view from the next building of Champlain Towers only moments after the collapse.

A view from next door the Champlain Building only moments after the #collapse.
🎥- Jeff Powell @WPLGLocal10 pic.twitter.com/mXld8pOOIs

Witnesses around the collapsed building in Surfside, Florida claim to have heard people screaming beneath the rubble during frantic efforts to free them. Some gathered on the street saw emergency services rescuing people from balconies.

Closer view of the building collapse shows the massive damage in Surfside, Floridapic.twitter.com/fiyzcpGnIK