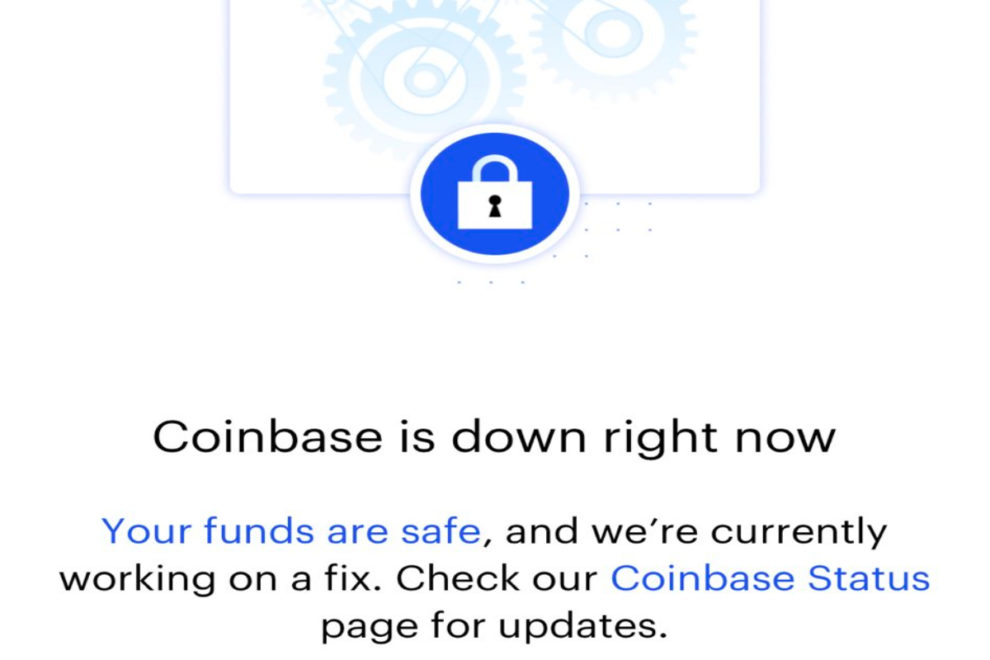 According to reports, Coinbase, a popular cryptocurrency exchange, is down due to Amazon web services outage. In addition to Coinbase, thousands of other platforms are also suffering from connectivity issues and interrupted service. All seem to be blaming the Amazon web services. The platform aired a message of caution nine hours prior to this major network outage. However, some users report that the platform has been down for them for more than 24 hours which impacted major trading decisions.

Coinbase is down, among several others

The official Twitter account for Coinbase says, “We are currently investigating connectivity issues on Coinbase and Coinbase Pro. We’re working quickly to implement a fix and we’ll send an update as soon as it’s resolved. They added, “We’ve implemented a fix for this issue and are monitoring the results. Thank you for your patience and we apologize for the inconvenience.”

Users were warned in advance of regarding intermittent delays faced while transacting. Other parts of the site were also experiencing errors and delays, the customer support inquiries were also experiencing connectivity issues. Amazon web services has caused a massive strain on the tech sector, platforms like Adobe Spark, Flickr and online newspapers were also affected.

Keeping in mind the general performance for Coinbase’s this year, the current outage is not something entirely new as this has been persistently happening. As widely reported, the platform faced severe connectivity issues between March and November of the present year alone. Time is of utmost importance when it comes to digital currencies, delays and interruptions lead to long time losses in many cases.

The giant platform recorded nine distinct issues that resulted in different types of outages and connectivity issues of varying degrees. Widespread criticism by users prompted the CEO of the platform, Brian Armstrong to explain in public what was happening with the platform.

In November, Brian tweeted, “We’re working hard to add additional capacity (both in servers and customer support) to deal with increased traffic. Thank you for your patience during this time. And thank you to the team at Coinbase working hard to serve our customers! Bull runs can be exciting and stressful.” Needless to say, the network outages experienced by the platform causes massive inconvenience for users who generate their livelihood via cryptocurrency.

A news outlet reported, “Coinbase and Coinbase Pro broken as #Bitcoin drops almost 12%, the sharpest sell-off since months.” This is a massive setback for the crypto community that relies on Coinbase. Thousands of people were blocked from making moves during a huge price swing. Several users complained that their accounts have been facing connectivity issues for more than 24 hours now, the opportunities lost within the past 24 hours will never be compensated for.

What are stablecoins? Explanation by a blockchain expert