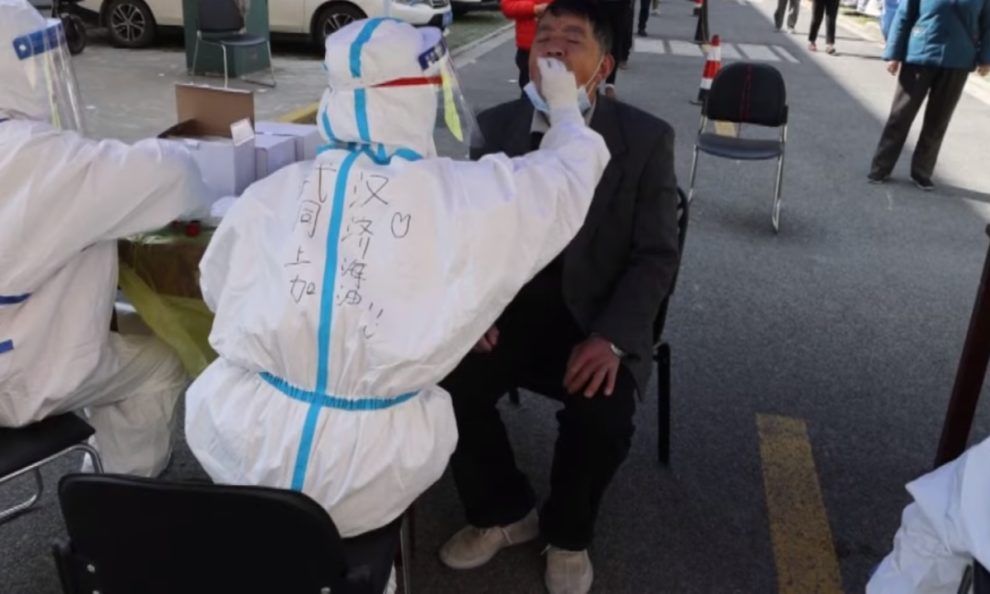 Authorities in Shanghai have said they will tighten enforcement of lockdown measures as the number of Covid cases continues to rise in China’s financial capital, according to the BBC.

The new measures include installing electronic door alarms to keep infected people from leaving and evacuating people to disinfect their homes.

Hundreds of people were forcibly evacuated from their homes earlier this week to allow buildings to be disinfected.

According to the BBC, the restrictions will extend Shanghai’s lockdown into its fifth week.

According to Shanghai city officials, all infected patients and close contacts will be transferred to a government-run centralised quarantine.

In addition, disinfection efforts will be stepped up in some of the city’s worst-affected areas. This will almost certainly necessitate the temporary relocation of some residents, including those who have tested negative.

The move comes just days after residents in two other Shanghai communities, Beicai and Pingwang, were ordered to vacate their homes in order to find temporary housing.

According to the BBC, residents in Beicai were given an official notice telling them to pack their belongings and leave their wardrobe doors open.

They were also instructed to leave their front door open and their pets at home. Images on social media of people queuing at night with packed suitcases demonstrated the scope of the operation.