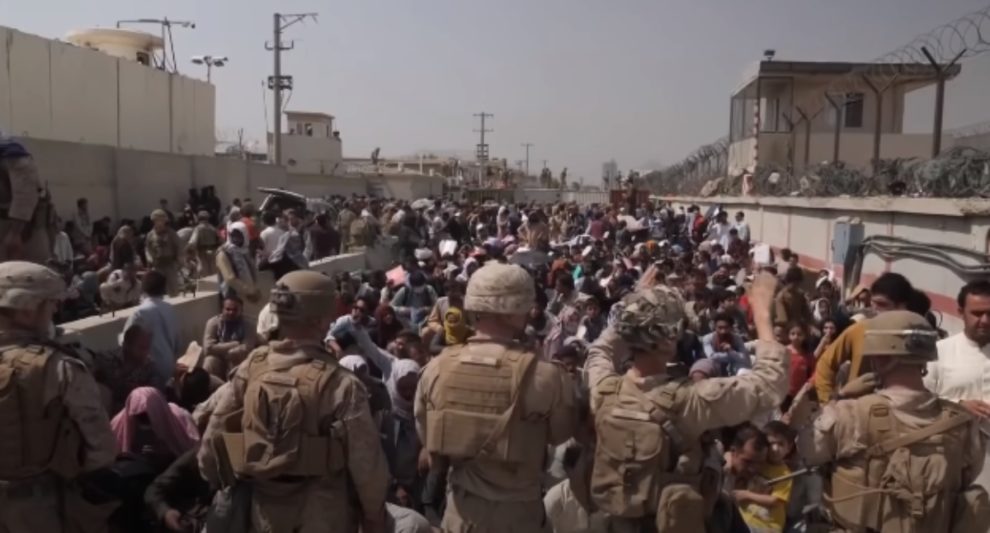 According to the San Diego Union Tribune, two dozen San Diego students and 16 parents are stuck in Afghanistan as the US evacuation deadline approaches.

At least 24 students and 16 parents from the Cajon Valley Union School District in El Cajon are stranded in Afghanistan after wanting to return from a summer trip abroad, according to LA Times.

President Biden’s failed withdrawal of US troops from Afghanistan resulted in the Taliban’s quick takeover of the country.

The Biden Administration claimed to have “planned for every contingency,” but they have yet to reveal the number of American citizens who remain in the country.

Democrats and Republicans have slammed the crisis, with Senator Lindsey Graham saying Biden should be impeached and President Donald Trump calling on Biden to resign for his failure.

Cajon Valley School Board President Tamara Otero told the Los Angeles Times that the students and their families had already purchased plane tickets to leave Afghanistan. However, they were unable to reach the Kabul airport.

“The biggest concern is that the Taliban closed the airport,” Otero told the newspaper. “We are so worried about our students that are stuck there. We’ll do the best we can to get them out.”

President Biden told the world a few days ago that the Taliban were not preventing people from travelling to the airport.

According to the Los Angeles Times, Cajon Valley Superintendent David Miyashiro met with Rep. Darrell Issa to discuss the situation.