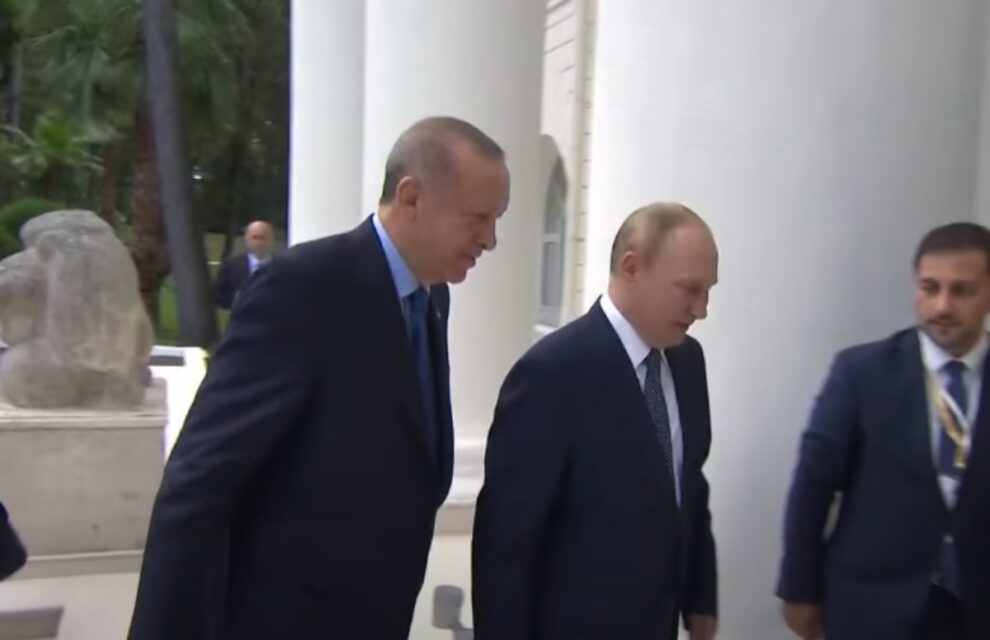 Erdogan spoke to both Putin and Ukrainian President Volodymyr Zelensky in his latest attempts to broker an end to the 10-month war.

He told Putin that “calls for peace and negotiations should be supported by a unilateral ceasefire and a vision for a fair solution,” Erdogan’s office said.

But he made no mention of a “unilateral” ceasefire in his subsequent talks with the Ukrainian leader.

“Erdogan stated that as Turkey, we are ready to facilitate and mediate the establishment of a lasting peace between Russia and Ukraine,” the Turkish presidency said after the call.

The Turkish leader has used his good relations with both Moscow and Kyiv to try and mediate an end to the war.

Erdogan has also repeatedly tried to bring Putin and Zelensky to Turkey for truce talks.

But the Kremlin has shown little willingness to soften its approach to Ukraine.

The Kremlin said Putin told Erdogan that Russia was willing to enter into talks “on the condition of the Kyiv authorities fulfilling the well-known and repeatedly voiced requirements of taking into account the new territorial realities”.

Russia claims to have annexed four regions of southern and eastern Ukraine over which it has only partial military control.

Erdogan’s call for a ceasefire followed a proposal earlier Thursday by Russia’s spiritual leader Patriarch Kirill for an Orthodox Christmas truce this week.

Erdogan has been able to maintain relations with Putin by refusing to join Western sanction on Russia and ramping up bilateral trade during the war.

The two leaders now have tentative plans to set up a natural gas hub in Turkey that can offer Russia an alternate way of supplying Europe with fuel.

Erdogan’s office said Turkey “has strengthened and will continue to strengthen the infrastructure” of the proposed hub.

The two leaders hope to “implement (the project) as soon as possible”, Erdogan’s office said.