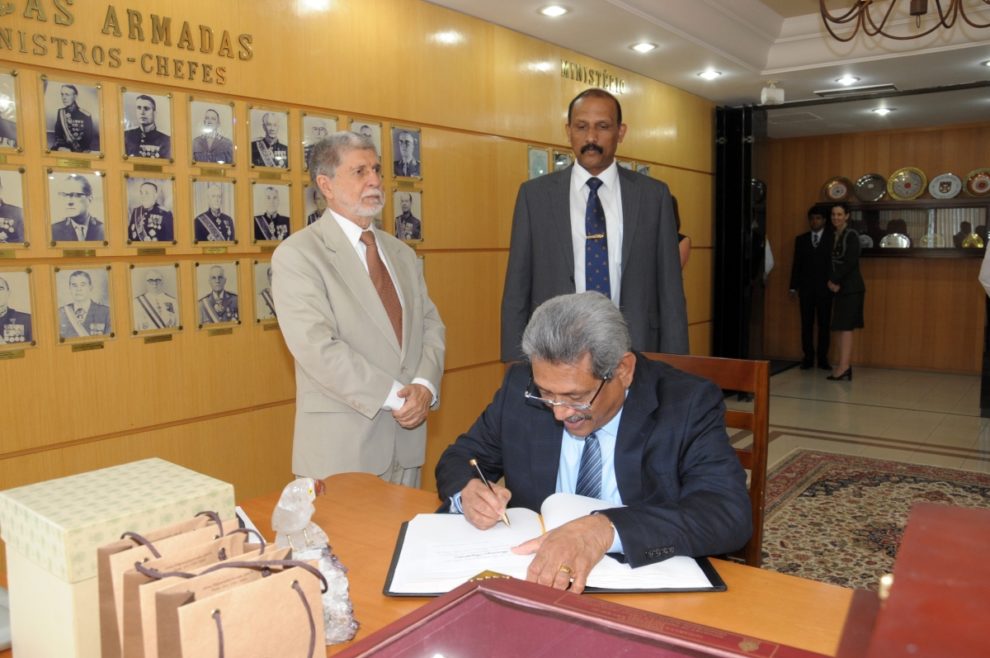 Sri Lankan expatriates carrying flags and placards denounced Rajapaksa, who fled his country early Wednesday after protesters overran his Colombo residence at the weekend over the worsening economic crisis in the South Asian nation.

Local media carried unverified videos of residents shouting insults at Rajapaksa as he walked out of the Velana International airport following his arrival on a military aircraft.

Local reports suggested that Rajapaksa was staying at an exclusive resort and would leave for either the United Arab Emirates or Singapore later Wednesday.

“He is going into exile in either of the two locations,” a Sri Lankan security source in Colombo said. “Ensuring security would be a challenge because there are Sri Lankan communities in both.”

The main opposition Progressive Party of Maldives opposed the granting of free passage to Rajapaksa, who faces several court cases, including allegations of war crimes.

“We are betraying our friends in Sri Lanka by accepting Rajapaksa, a hated figure in that country,” a PPM leader told AFP.

The two countries have close ties and a considerable Maldivian community lives in the bigger island nation, while a significant number of Sri Lankans work in education, health and hospitality in the Maldives.