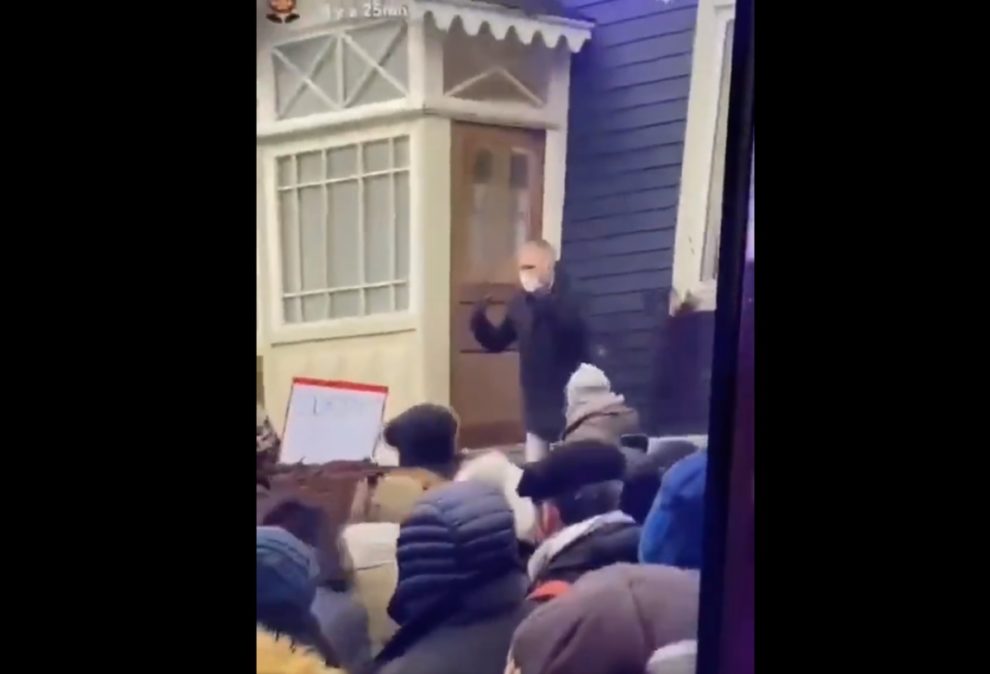 French President Emmanuel Macron on Monday condemned an attack on a lawmaker from the North Atlantic overseas territory of Saint-Pierre-and-Miquelon by protesters against the government’s Covid-19 health pass.

Video circulating on social media showed Stephane Claireaux, an MP from Macron’s ruling party, being pelted at the weekend with seaweed and dirt by jeering protesters outside his home on the windswept territory off the Canadian island of Newfoundland.

The incident was “intolerable” and “unacceptable” the president said during a visit to southern French city Nice, complaining of “an intensification of violence” against elected officials.

Tensions over health measures have risen in France since Macron last week said he planned to “piss off” the unvaccinated until they accepted shots.

Sunday’s attack came a few days ahead of the introduction of France’s health pass in Saint-Pierre-et-Miquelon, home to fewer than 6,000 people. The measure, long in place in mainland France, requires people to present proof of vaccination or a negative coronavirus test to enter public spaces like bars.

“We have to condemn such attacks, because in the end it’s totalitarianism if you subject local or national elected officials to physical pressure… That’s not acceptable in a democracy,” minister for relations with parliament Marc Fesneau said.

Claireaux had earlier told broadcaster France Info that he had been waiting for the demonstrators outside his home “so as to talk to them”.

“There was a car loaded with seaweed… and people started chucking it at me. It was like being stoned. My wife came out to join me on the front step. I dodged a rock that missed our faces by five centimetres (two inches),” he said.

Claireaux added that he would be filing criminal charges against those responsible.

“People are free to think that we’re not making the right decisions. We’re all getting death threats by email. At some point this has to stop,” he said.

Christophe Castaner, leader of Macron’s party in parliament, told France Inter radio there had been 322 threats against MPs in 2021 — two-thirds of them against the ruling party.

“Some anti-vaxxers use the president’s provocative statements to justify their violence. But nothing can justify it. These acts are deeply shocking, especially outside a family’s private home,” Socialist Party leader Olivier Faure said.

Meanwhile senior conservative MP Eric Ciotti said the incident was just one among many “excesses that are taking an extraordinarily worrying and dangerous turn”, calling for “heavy punishments for those who use violence”.

But he also attacked Macron for “seeking conflict, seeking tension, seeking to divide for political reasons“.