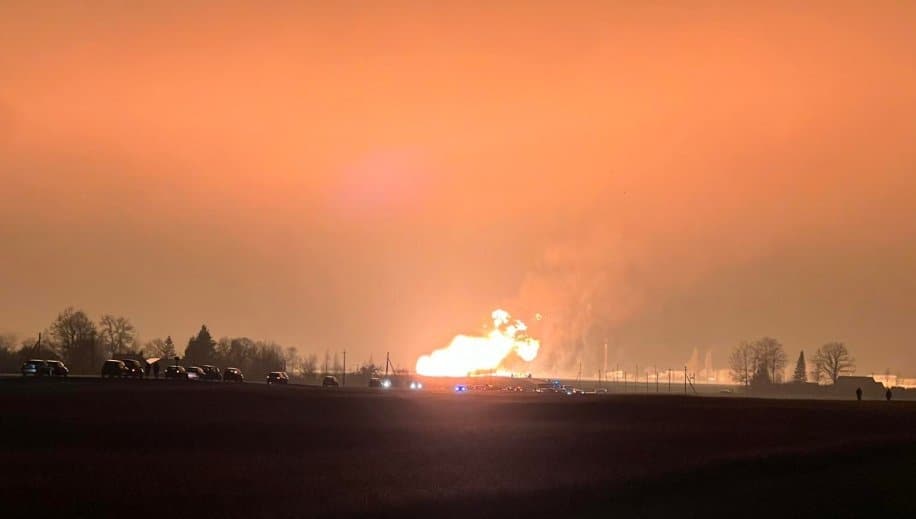 An explosion damaged a gas pipeline in northern Lithuania on Friday, with no injuries reported, said the operator, Amber Grid.

The explosion happened at around 5:00 pm (1900 GMT in the Pasvalys district, said the statement, posted on its website.

“According to initial data, no people were injured,” it added. “The explosion took place away from residential buildings.”

Firefighting teams were on the scene.

The system at the site had two parallel pipelines, and although the supply to one had been interrupted, the other was operating normally and local consumers were still being supplied, according to the statement.

Since June 2022, Lithuania has banned the import of gas from Russia in a bid to reduce energy dependence on its neighbour.

The blast happened as Lithuania marked the 30th anniversary of the day Soviet troops crossed the border in a failed bid to reoccupy it after the country had declared its independence.