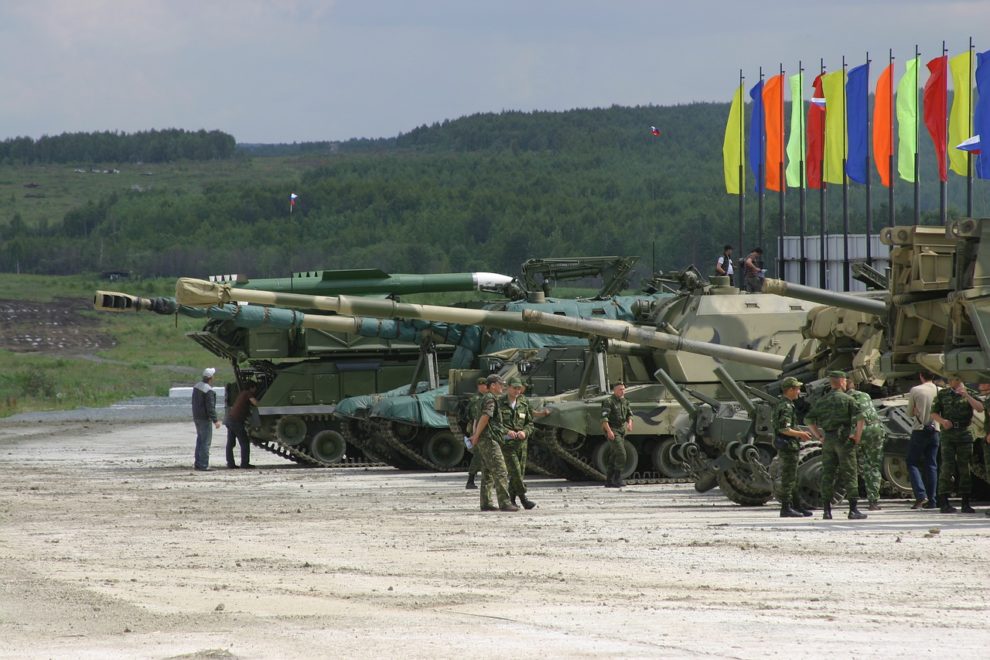 Germany on Tuesday said it would decide “shortly” whether to authorise the export of powerful German-made Leopard battle tanks long sought by Kyiv and encouraged allies to start training Ukrainian forces to use them.

While Western nations have pledged ever more sophisticated military hardware in recent weeks to help Ukraine repel Russia’s invasion, all eyes in Kyiv are on the battle tanks.

Berlin stopped short of a final green light on Tuesday, but German media including newspaper Der Spiegel and news channel NTV reported late in the evening that Chancellor Olaf Scholz would grant approval.

The announcement would probably come Wednesday and would also include permission for other countries, including Poland, to transfer their Leopard tanks to Ukraine, the outlets reported.

But in Kyiv, Ukrainian President Volodymyr Zelensky was battling a deepening corruption scandal within his government, sacking several officials over graft while others resigned.

Ukraine and several of its allies have been urging Germany for weeks to allow the delivery of the Leopards, but a US-led meeting of Kyiv’s allies in Germany last week failed to yield a decision.

German Defence Minister Boris Pistorius indicated on Tuesday that the moment of truth could be imminent, saying he had “expressly encouraged partner countries that have Leopard tanks that are ready for deployment to train Ukrainian forces on these tanks”.

“I expect a decision to be made shortly,” he added following talks with NATO Secretary General Jens Stoltenberg in Berlin.

“We must provide heavier and more advanced systems to Ukraine, and we must do it faster,” Stoltenberg said, adding that he expected a decision by Berlin “soon”.

Kremlin spokesman Dmitry Peskov said the delivery of the tanks would “bring nothing good to the future relationship” between Berlin and Moscow.

“They will leave a lasting mark,” he warned.

Under Germany’s war weapons control rules, countries using German-made armaments are required to seek Berlin’s permission if they wish to transfer them to a third party.

Poland, one of the loudest voices calling for permission to send Leopard tanks, said earlier this month it was ready to deliver 14 of them to Kyiv within the framework of an international coalition of countries.

Defence Minister Mariusz Blaszczak on Tuesday said the country had now sent in a formal request.

Confirming receipt, a German government spokesman said it would be examined “with necessary urgency”.

Polish Prime Minister Mateusz Morawiecki said he was counting on a “quick” response, accusing the Germans of “dragging their feet, dithering and behaving in a manner that is difficult to understand”.

Zelensky, in his evening address, said that discussions over the tank transfers “must end with decisions,” and that “allies have the required number of tanks” Ukraine has been demanding.

Germany’s Pistorius had earlier defended Scholz against accusations of dithering on whether to approve the delivery of Leopards and insisted there was no division among Ukraine’s Western allies.

As Ukraine marked 11 months since the start of the war on Tuesday, Zelensky urged his troops to keep up the fight against Russia.

But the comments came with Zelensky battling a widening corruption scandal as his defence ministry was shaken by accusations of food procurement fraud.

Local media reports last week accused the ministry of having signed a deal at prices “two to three times higher” than current rates for basic foodstuffs.

Several officials resigned on Tuesday over the allegations, including a deputy defence minister, two deputy ministers of development of communities and territories, and a deputy minister of social policy.

Ukraine has a history of endemic corruption, including among the political elite, but efforts to stamp out graft have been overshadowed by the war.

Kyiv’s Western allies, who have allocated billions of dollars in financial and military support, have been pushing for anti-corruption reforms for years, sometimes as a precondition for aid.

Meanwhile 25 people have been killed and more than 90 injured in Russia’s border region of Belgorod since the start of the war, its governor told President Vladimir Putin in a first such announcement of an official death toll.

Governor Vyacheslav Gladkov also said around 6,500 people had to be evacuated from border villages and were essentially “refugees”.

The Belgorod region, including the city of the same name, has been repeatedly hit by shelling since Putin sent troops to Ukraine on February 24 last year.