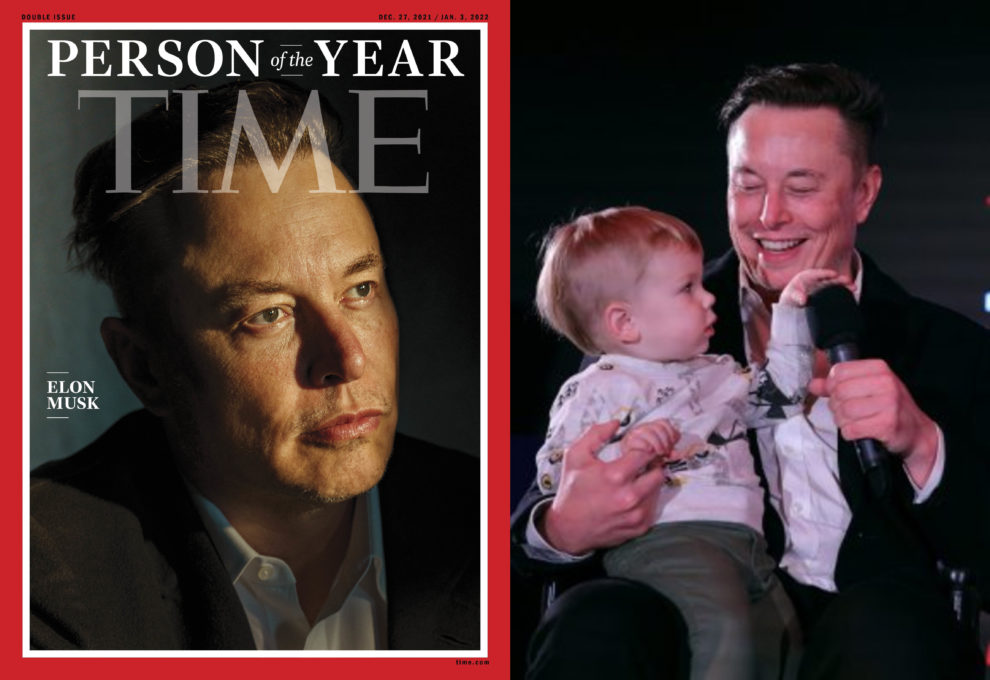 According to his ex Grimes, the billionaire, Elon Musk, appears on the cover of TIME’s Person of the Year issue, sporting a home haircut.

Not long after the magazine named Musk, the CEO of Tesla and SpaceX and the world’s richest man, its 2021 Person of the Year, Grimes tweeted a detail about Musk’s appearance, hair to be specific, in the cover photo.

Elon Musk has cut his own hair, Grimes said

Grimes quoted the TIME’s cover of Elon Musk on Twitter, writing, that the billionaire has cut his own hair followed by three sword emojis.

Elon Musk confirmed that he has cut his own hair for the picture. “No stylist, no makeup either haha,” the billionaire replied to Grimes’ tweet.

No stylist, no makeup either haha

He even cut his kid’s hair

Besides cutting his own hair, Elon Musk said that he even trimmed his son, X Æ A-Xii’s hair.

Grimes and Musk dated for three years before splitting in September.