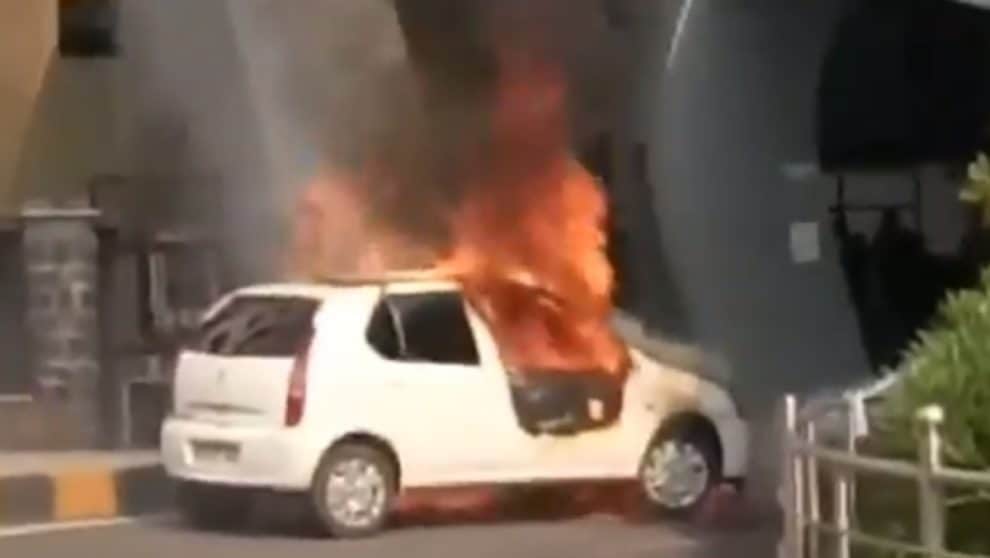 There’s a saying that everything good has a bad side. Well, that might be the case for hand sanitizers, as firefighters warn that it can catch fire when left inside the car for long, under the sun.

But here is a burning question: Can hand sanitizers really start a fire in your car?

Let face it! Yes, but the chances of that happening is very slim.

Hand Sanitizers Might Catch Fire In A Car, Here’s Why

According to Wisconsin Fire District, hand sanitizers can catch fire when left in a car for long, under the sun. Supporting the claim, the fire department posted a photo of a car’s interior door that got burnt on its page.

“By its nature, most hand sanitizers are mainly alcohol and therefore flammable. Keeping it in your car during hot weather, exposing it to the sun causing magnification of light through the bottle.”

“Being next to the open flame while smoking in vehicles or grilling while enjoying this weekend – can lead to disaster. Please respect the possibilities and be fire safe.” 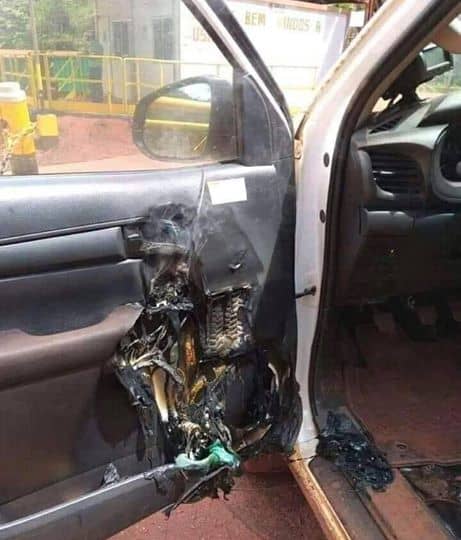 Should We Worry About The Incident?

As confirmed by our research team, the image posted by Wisconsin Fire District is not a recent one. Reports have it that it’s part of what Poynter, a Brazilian blog wrote about sometimes ago.

According to the Poynter, the internal temperature needs to reach 572°F before the hand sanitizers can catch fire in a car.

Also, the National Fire Protection Association in a YouTube video was able to shed more light on this particular topic. The video clearly admits that hand sanitizers are highly flammable. That, it claims is because of the high concentration of alcohol in the gel. However, the video further added that a single bottle of hand sanitizer has less risk. It also mentioned that a large quantity of hand sanitizers is what the firefighters are worried about.

By large quantities, how much are we talking about here? Well, large quantity in that context means a few gallons. And that isn’t something that an individual can keep inside the car.

These facts show that it’s almost unlikely that it can cause fire when we keep our hand sanitizer inside the car for long, under the sun.

The Wisconsin Fire District on Facebook had also come out to clear the air about the post. In the new post, the fire department explained that it posted the image to remind people of the danger attached to keeping hand sanitizer in the car for long under a sunny day.

The fire department also admitted that it addressed the possibility of hand sanitizers catching fire in the first post. However, there’s an emphasis on “large quantities”. 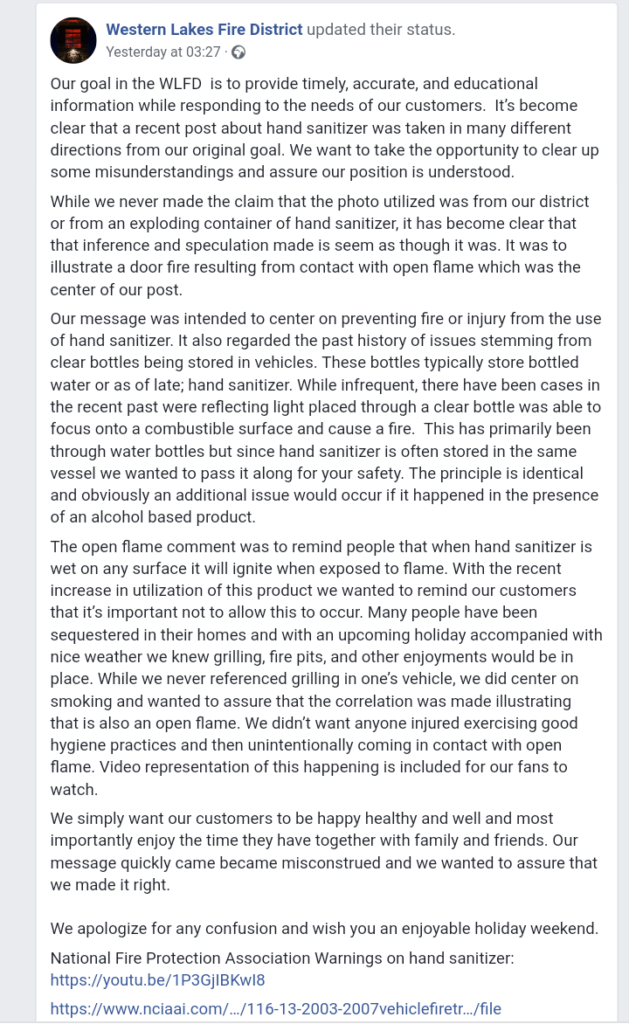 So, let’s go back to the issue of whether or not we should be worried. According to experts, you need not worry about it.

US woman who contracted STD in car awarded $5.2 mn from vehicle insurer

Car rental pick up and drop off tips