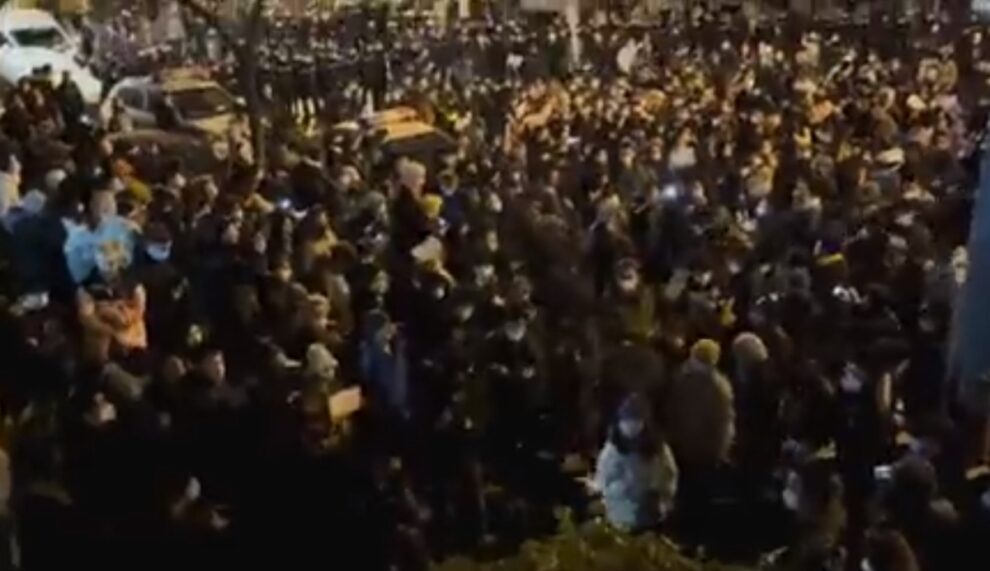 Hong Kong’s security chief said he saw indications of a “colour revolution” at events held in solidarity with Chinese protesters and warned Wednesday they may violate the city’s national security law.

Rare demonstrations on the mainland calling for an end to Covid-19 lockdowns and greater political freedoms have sparked a series of small public gatherings in Hong Kong since Sunday, including at university campuses and in the financial district.

Once an outspoken enclave in China, Hong Kong has quietened since Beijing imposed a national security law, a year after huge and sometimes violent protests in 2019.

Secretary for Security Chris Tang said Wednesday that some in Hong Kong had used the solidarity events to “incite against the central government”.

“I noticed some early signs of another colour revolution,” he said, using a euphemism favoured by Beijing and other authoritarian governments to describe allegedly foreign-backed protests.

“We can see some of the familiar faces that actively [participated] in the illegal acts of 2019,” Tang told reporters, adding that the latest gatherings were “highly organised” and made use of anti-China social media platforms.

Solidarity events in Hong Kong have drawn dozens of attendees, who have mirrored protest tactics used in mainland China, such as holding blank pieces of paper.

But Tang said other signs bore words such as “revolution” and “autocracy” or called for leaders to step down, and warned these may “contravene the national security law”.

“Many people say nothing will happen if you just hold a piece of paper… but they are deliberately downplaying the severity,” Tang said.

“Their intent is to subvert the regime.”

Subversion is one of four national security offences, which can be punished with a maximum of life in prison.

No one in Hong Kong has been arrested over the recent protests, but police have taken some participants’ names.

Political dissent and mass assemblies in Hong Kong have largely disappeared or been forced underground since the national security law came into force in 2020, while large gatherings in public have been banned under coronavirus pandemic restrictions.

The recent solidarity events at two universities drew both local and mainland Chinese students, with participants chanting: “We are not foreign forces, we are Chinese citizens.”